If you thought Valve was going to lie down and let Twitch dominate the broadcast/streaming landscape while it just provided the games, well you'd be wrong. Starting today, Steam users can broadcast and stream games among their friends, meaning you can watch your buddy while they're playing, or they can watch you while you're playing.

This gives Steam's broadcasting system a much more personal note than Twitch or Youtube's, where the idea is to invite your pals in on the action instead of thousands of people you don't know. Perhaps you could use it to pick up tips from a friend, or give them tips yourself during a particularly difficult level, or perhaps you just want to sling abuse at them for their failings. 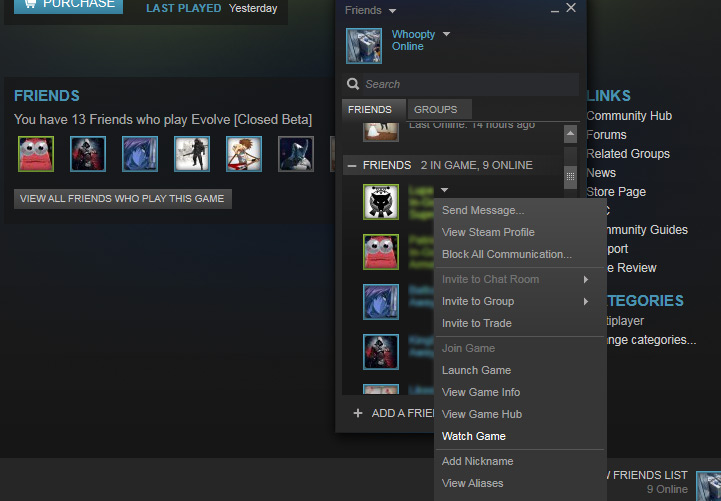 Whatever you want to do, it's very simple to set up. Be part of the Steam beta club – where all the cool kids hang out – and open up your friends list. Right click on the pal who's shoulder you want to digitally look over and click the “Watch Game,” option. From there, the person you're trying to leer over will receive a notification asking permission to begin spectating your game. If you accept, they jump right in and get your view of the game in action.

If you turn them down, well, you'll have snubbed someone close to you. Close enough to be on your friends list at least.

KitGuru Says: Something tells me this feature is going to lead to people trimming the fat on their friends lists.