The real story behind Twin Galaxies

Twin Galaxies, the company that not only founded the concept of video game score keeping, but played a starring role in documentaries like King of Kong and Chasing Ghosts, has been in limbo for a while now. It changed hands a couple of times after the founder, Walter Day, sold it on to pursue his career in music, eventually coming to rest with a pair of arcade owners, where it was relaunched with a pay-per-submission system, a new website and a fresh coat of paint.

But since late last year the website has disappeared, the social network accounts have been mostly unresponsive and gamers the world over have wondered: where can we submit scores now? and what about the ones we’ve paid to submit already?

While we’re no closer to knowing what the future might hold for TG, we do at least know a little bit more about it’s recent past. After having spoken with some sources very close to the company, we can now reveal what’s really been going on. 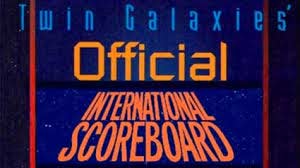 Walter Day and Billy Mitchell (original Pac Man perfect gamer and long time Donkey Kong champion) sold the company in 2009 to affiliate Pete Bouvier, who tried to revamp it with a more contemporary gaming approach. A year later, Walter Day officially stepped down as “chief evangelist,” of classic gaming, being replaced by long term TG affiliate and classic gamer, Todd Rogers. This was the last time Day had any involvement with the company in an official capacity.

In 2012, Twin Galaxies was again sold, this time to Richie Knucklez and Jourdan Adler, a pair of friends who each operated separate arcade businesses. They ended up revamping the website and implementing the pay-per-submission system for records, a move that angered fans, who felt that there shouldn’t be a pay-wall to be recognised as the best at any particular game.

However the site continued operating for over a year, before disappearing in late 2013 due to what amounts to massive in-fighting between several different parties.

While Knucklez and Adler were supposedly in the driving seat, there was a big rift growing between the pair and a web design firm called Websignia, which created the new Twin Galaxies website and database and used that influence to contest ownership of the entire TG property. This led to internal disputes which had a trickle down effect and saw Knuckles eventually ousted from the company – purportedly by Adler – along with many other core staff and Twin Galaxies founders in late 2013.

It’s still not known what it was that Adler and Knucklez fell out over, but as our sources understand it, their friendship was irreparably damaged.

It was at this point that Websignia made a real power play for Twin Galaxies, seizing control of the website and tried to redirect disgruntled gamers to a new one, Gamer 365. While that ultimately didn’t go anywhere and the website never materialised, Adler, understandably had had enough, and began talks with Jace Hall of Leet Lounge Live to sell the entire thing on: the name, the scoreboard database, everything. But that’s when things got really messy.

Despite having been away from the company for almost half a decade, Walter Day and Billy Mitchell made a sad return, demanding money they said was owed to them and several other early Twin Galaxies employees. By their account, Bouvier had no right to sell the company to Adler and Knucklez in the first place, as he originally had a deal in place with Day, that if a certain amount of money wasn’t paid to him after a specific time, the company ownership would revert back to Day.

Of course, this matter was never raised after the allotted time had taken place, nor when Knucklez and Adler bought the business, or when Websignia seized control. In fact they only seemed to remember this alleged deal when Mr Hall showed interest in buying the company, and the fighting has continued over the past few months.

While all of this was going on, all Twin Galaxies staff lost their jobs with no compensation. 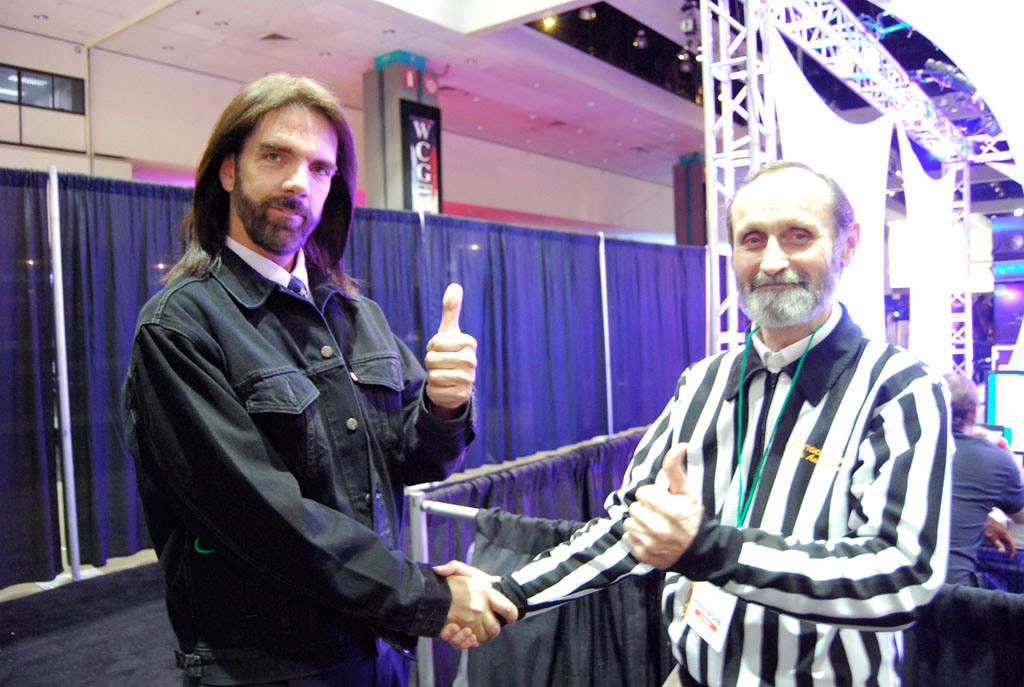 At the time of writing, the Twin Galaxies homepage does at least have a background image, but that’s it for now. As far as we know, the legal ownership of the site, the name, the brand, everything is up in the air. It’s all in the early stages of litigation, with Adler, Hall, Day and Mitchell all arguing it out. Or at least they would be, if Mr Hall hadn’t given Day an estimated $70,000 for Twin Galaxies, under the impression he was still the owner. Day then fled to India where he remains for now.

Told you it got messy.

It seems at this point that the reputation of the once proud video game record keeping organisation may have been too tarnished by last year’s antics for it to ever recover to its former glory, though it seems some progress is being made towards its restoration, since whoever is updating the Facebook page seems relatively confident it will make its return.

“The spirit of Twin Galaxies is quite alive and at the moment going through a significant restructuring period. Out of courtesy and respect for all involved parties and the community itself, no public announcements or details are currently being made available,” reads the official fan page.

“Please know that the frustration and lack of information that has been felt by the community for quite some time, has been felt by everyone involved, on all sides, one way or the other.Resolution on all matters that involve this restructuring are being sought as quickly as possible.”

KitGuru Says: It’s a sad state of affairs as Twin Galaxies has a real legacy behind it, even if it never quite reached the level of professionalism that its founders envisioned. However from watching the documentaries about Twin Galaxies, it was always clear that a strong old-boys network existed around the organisation, protecting the inner circle and bending the rules where it suited. Clearly even with the company changing hands, that group is still hanging on.

Hopefully something positive can come out of all this, even if it is just a reminder of how not to do things with the next, great video-game score keeping organisation.

All accounts of Twin Galaxies dealings are based on our sources close to the company. We can neither confirm nor deny their statements as factual.