Bethesda’s seven part S.P.E.C.I.A.L video series has officially come to a close. Today, the studio posted the video going over the Luck stat in Fallout 4, it had a good run but people should be well and truly prepared for Fallout 4 by now, which is just three weeks away.

S.P.E.C.I.A.L stands for Strength, Perception, Endurance, Charisma, Intelligence, Agility and Luck, all stats that make up your in-game character and effect things like abilities and perks. The seventh and final video in the series was made available today, explaining the Luck stat: 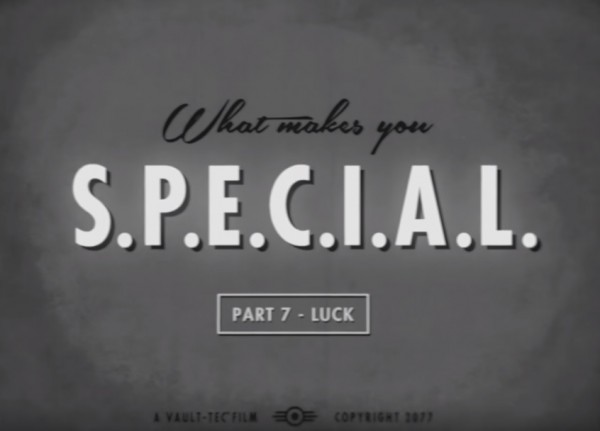 Bethesda is done with this series and from what we know so far, there isn’t anything new planned for the final weeks leading in to launch on the 10th of November. However, you never know, maybe next week Bethesda will be back with a new teaser, or a trailer.

Once Fallout 4 is finished, the development team will be moving on to the creation kit for mods and then moving on to DLC in early 2016.

KitGuru Says: Bethesda is switching up how stats and perks work in Fallout 4, so these videos are actually pretty entertaining to watch. Are you looking forward to Fallout 4? There’s just three weeks left to go now…