It looks like Blizzard will be taking a hard stance against cheaters with Overwatch when it comes out later this month, there won’t be any account strikes or second chances, instead Blizzard will be jumping straight to permabans if a player is caught cheating.

In a Battle Net post set to outline Blizzard’s plans to deal with cheaters in Overwatch, one of the game’s community managers explained: “‘Play nice; play fair’ is one of our core values as a company, and it’s something we’ve taken to heart not only when designing the game, but also as we’ve developed our plans to support it and our players after launch.” 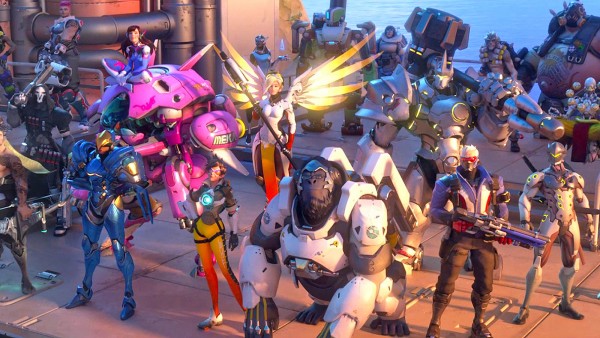 “If a player is found to be cheating—or using hacks, bots, or third-party software that provides any sort of unfair advantage—that player will be permanently banned from the game. Full stop. Not only does cheating undermine the spirit of fair play that all of our products are based on, but it works to diminish the fun and enjoyment of others. While we are unlikely to publicly acknowledge when accounts are closed as a result of cheating or using unauthorized programs, we have and will continue to monitor Overwatch for exploitative behaviour, as well as take action as needed to preserve the integrity of game.”

The post then goes on to outline a few things for players to keep in mind before reporting a player or calling foul. For starters, Blizzard has admitted that the game’s spectator modes and kill cams can make player aim seem a bit more ‘snappy’ than it actually was. On top of that, there may be some undiscovered bugs with the camera system that affects how aim looks and finally, some players are just crazy good at shooters, so don’t waste Blizzard’s time with false reports.

If you do encounter a cheater in Overwatch, you can email ‘[email protected]’ but you won’t receive a response. Blizzard will then take a look at any evidence and do what’s necessary.

KitGuru Says: Encountering cheaters in a competitive shooter can be frustrating but hopefully Blizzard will keep on top of it. Given that Overwatch is a paid-for release, the likelihood of encountering a ton of cheaters is reduced but there will always be those willing to risk it.