The recent Destiny public beta test managed to rake in 4.8 million players, giving Bungie plenty of feedback on things to tweak before the game’s full release next month and now, the developer is ready to talk about some of the changes it has been working hard to implement.

During an interview with Eurogamer, Destiny production director, Jonty Barnes, noted that the beta really helped test the reliability of the game’s servers, in addition there were no major issues or game breaking bugs to fix:

“We were able to scale to the demands on the servers of all of the players. In fact we exceeded some of our targets, which was great. So we’re pretty confident going into the launch that we’re going to have a game that’s going to work for all four consoles on day one.” 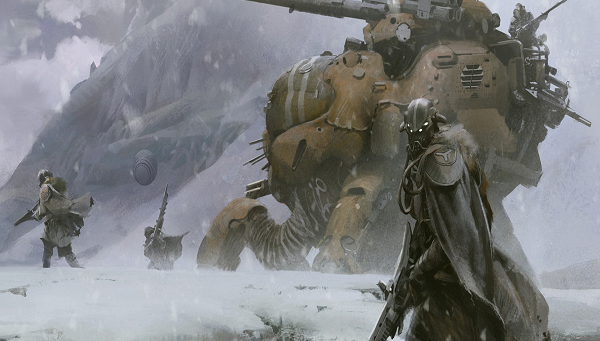 Barnes goes on the say that the next step is all about making sure that weapons are balanced, improving the matchmaking system and making sure that public events are as fun as they can be. The Bungie team doesn’t plan to stop working on the game once it ships either, there is already an expansion pack announced for December and according to concept artist, Jesse van Dijk, they are going to be “offering new content and literally making sure there’s a new thing for you to do every single day.”

After the beta, it was revealed that each planet would only have one place to explore and only four planets in total at launch. However, Barnes is insistent that there is definitely plenty of gameplay in those areas and more will open up with time: “The one thing we’re not worried about Destiny is, is there enough game there? I can assure you, it’s a huge undertaking. It’s a huge game. I don’t think anyone’s got anything to worry about.”

The level cap for the game is 20 but you can progress all the way up to 30 using ‘Motes of Light’. The level caps are a little on the low side but Bungie wants users to bear in mind that progress was somewhat accelerated during the beta, you won’t progress through the first eight levels quite as fast on launch day:

“There was access to certain objects you got earlier than you would have done, because we wanted to give you exposure to them in the Iron Banner. But things have changed. That’s one of the reasons for wipes. There were certain things you shouldn’t be getting so early. It’s a different world at launch, but not entirely unfamiliar.”

Destiny releases on the Xbox One, PS4, PS3 and Xbox 360 on the 9th of September. An expansion will be released in December. A PC version is rumoured to be in the works although Bungie has yet to commit to bringing the game to the PC platform publicly.

KitGuru Says: I really enjoyed the Destiny beta, so much so that it’s making me want a console. However, I think for now I am going to hold out for a PC release. Hopefully we’ll get an announcement soon. Did any of you guys play the Destiny beta? Is there anything you’d like to see Bungie change in time for launch?