Cities Skylines After Dark expansion has a release date

Update: Cities Skyline’s first expansion, ‘After Dark’, was announced a few weeks back and now, we have a release date. The new expansion is going to bring several changes to the game and it is going to allow players to build cities with a more active night life. Some new minor features will also appear in the game. The expansion is now listed for a 24th of September release date and we will likely see some preview footage over the next couple of weeks as Paradox Interactive gears up to start promoting the expansion.

Original Story: Cities: Skylines launched earlier this year to great reviews, it was essentially the city builder everyone wanted Sim City to be. Now a few months later, paradox Interactive has revealed the game’s first expansion, titled ‘After Dark’, which will add new features, including a day and night cycle.

The idea behind ‘After Dark’ is to get players to construct a “bustling city that lives and breathes at night”, or like in other city builders, things could go horribly wrong, leaving your city to “succumb to the perils and misadventures of night life”. 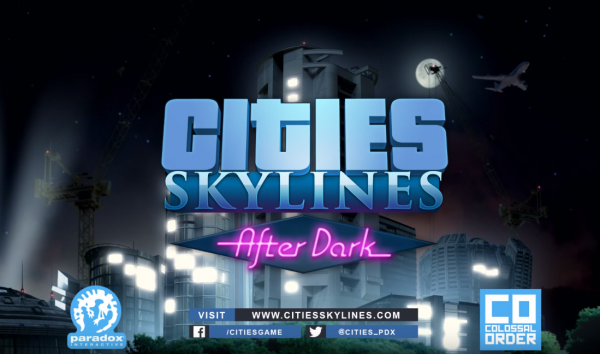 Since its launch, Cities: Skylines has had a wealth of mod support on the PC and some massive projects have been pulled off within the game, we’ve even seen entire Grand Theft Auto cities re-built. This will be the first feature extending expansion for the game though.

Currently the After Dark expansion doesn’t have a release date or a price. We know for sure that the expansion will launch on the PC, Mac and Linux, though Skylines was recently announced for the Xbox One as well so we may see the expansion land there as well at some point.

KitGuru Says: I really enjoy Cities: Skylines, though I’m not much of a city builder myself, I always end up with something going horribly wrong somewhere. Did any of you play Skylines? Is there anything you would like to see added in to the expansion?