Crytek has announced Homefront: The Revolution

Crytek UK has announced the relaunch of its Homefront sequel which is now titled Homefront: The Revolution. The game will be coming out on the PC, Xbox One and Playstation 4 next year and will be set in an open-world version of Philadelphia with a focus on guerilla warfare.

The player will take on the role of a freedom fighter, you and other civilians are starting to fight back against the Korean army that has been ruling the country for about four years. However, the army has all of the training and the guns, where as you will have to craft weapons from your surroundings in order to fight them. 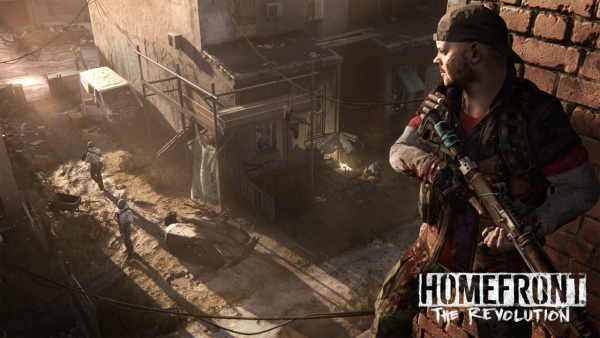 This new title will be different to the first, which garnered mixed reviews. Instead of being a linear and level based shooter, it will be an open world with the option play with friends in co-op mode. Homefront 2 is set to be very different to the first game with just the story linking the two together.

Homefront was originally published by THQ and developed by Kaos studios, the game sold pretty well which led to Crytek agreeing to work on the sequel. However, as we all know, THQ went bankrupt, which was quite a setback for the game. Crytek went on to buy the Homefront brand and has been quietly working on its sequel ever since. More of the game is due to be shown at E3 next week but for now, we have a cinematic trailer to look at.

KitGuru Says: The first Homefront game didn’t get the reaction THQ or Kaos studios were hoping for but now since Crytek owns the brand, it has been working hard on revamping the series. Hopefully the open world sequel will impress us all, it will certainly look pretty thanks to the Cryengine. Did any of you guys play the first Homefront? Do you like the sound of the Crytek made sequel?