Earlier this year, Crytek impressed us all with its Dinosaur VR demo. Now, you can play it for yourself, as the studio has released Back to Dinosaur Island for free on Steam. The game has been built from the ground up to take advantage of the Oculus Rift, so you will need at least an Oculus Rift DK2 in order to run it. Since, VR also requires high frame rates, the system requirements are also quite high.

To run Dinosaur Island, your PC will need an Intel Core i7-2600K, 16GB of RAM and an Nvidia GTX 980 or Radeon R9 290 in order to run it optimally. Running a VR game at low frame rates can result in things like motion sickness, so having a powerful gaming system is a pretty major requirement. 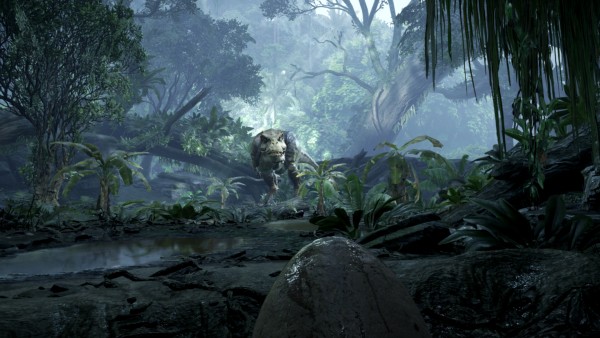 Now while this is listed as a game, it is more of a tech demo experience. Back to Dinosaur Island will only take up 2GB of system space and is built to show the possibilities of virtual reality, mixed with the stellar visuals the CryEngine is capable of producing.

If any of you happen to have an Oculus Rift DK2, then this seems worth checking out. You can find it on Steam, HERE.

KitGuru Says: The CryEngine still produces some of the best visuals around on PC, so bringing that to virtual reality should create a really immersive experience. Do any of you happen to have a DK2? Will you be adopting VR when it hits the market officially next year?