DayZ cheat sellers sure do make a lot of money

Cheat subscriptions and premium hacks aren't anything particularly new when it comes to multiplayer games on the PC. However, there isn't much known about the business side of these sellers, it's not like they announce their earnings publicly or anything like that. However, it turns out that Bohemia Interactive has a good idea of how much DayZ cheat sellers are making- and it sure is a lot.

Speaking at the Game Developer Conference this week (via PCGamesN), DayZ developer, Eugen Harton, revealed a few interesting tidbits about cheat sellers in a presentation, like some cheats selling for as high as $500 though must are much cheaper. 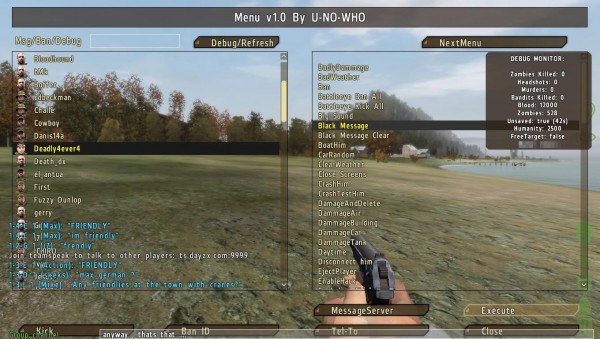 Some of the bigger DayZ cheat sellers have made as much as $1.25 million per year so it is no small business. Obviously, Bohemia does go to some great lengths to find cheats and figure out who the sellers are. At one point, staff behind DayZ had interviews over Skype with cheat sellers in Russia or China while pretending to be customers in an attempt to dig up more dirt.

While public cheat sites are easier to shut down as they are easier to access, there is a certain amount of private sites floating around that make it fairly hard to gain access in hopes that the exploits will remain unnoticed.

KitGuru Says: That's a lot of money to make doing something that actively makes the game worse. That said, I haven't played DayZ in quite some time so I'm not sure what the cheating situation is like these days. Do any of you play DayZ still? Do you regularly run into cheaters?