DICE has managed to get parts of Battlefield 4 running on iOS thanks to Apple's new low level API, Metal. The tech demo uses the full capabilities of the Frostbite engine including dynamic lighting, large details worlds and map destruction.

While it isn't specified exactly what parts of Battlefield 4 were running during the tech demo, Frostbite owner, Kristoffer Benjaminsson did say that he has high hopes for the Metal graphics API and believes “whatever you can do on a console should be doable on mobile as well”. 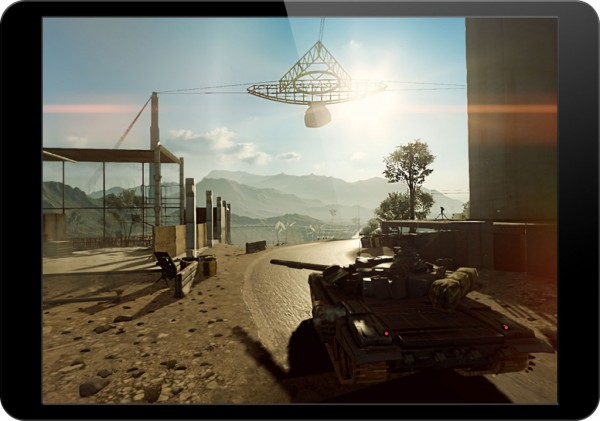 “It has been quite a challenge. To handle dynamic features such as destruction or moving light sources, most things in the Frostbite engine happen in realtime. This puts extra demand on performance to be able to deliver large, highly detailed worlds with superb visual quality.”

However, the blog post goes on to say that thanks to Apple's Metal API, all of those previous limitations are now gone, allowing DICE to make full use of the hardware available. “Metal has created possibilities previously out of reach and for the first time we can include both high visual fidelity and a large number of objects.”

DICE managed to get “select parts” of Battlefield 4 running on iOS but Benjaminsson stresses that this is purely for technical demonstration purposes. That said, apparently the results are very good so far as there is actually room to squeeze more performance out of iOS devices using the Metal API.

There is no word on what this brings for the future but it is certainly cool to see mobile technology being pushed this hard.

KitGuru Says: Could we start seeing fully fledged titles start coming to mobile devices over the coming years? Things sure seem to be heading that way…