DOOM Eternal will have a much longer and varied campaign

There is very little to complain about when it comes to DOOM (2016) other than the fact that campaign expansions never came to fruition. The game was beatable in roughly 12 hours but with Doom Eternal, players should expect much more of everything, from weapons, game mechanics and a significantly longer campaign.

Speaking with Gamespot, Doom Eternal creative director, Hugo Martin, said that Eternal is “hell-bent on engaging you from beginning to end”. Martin explains that the first few hours of the game will show players “more stuff than you'd see in a whole playthrough” of Doom 2016. At this point in time, the developers are saying that “this is a 22-plus hour game”, making it much bigger than its predecessor. 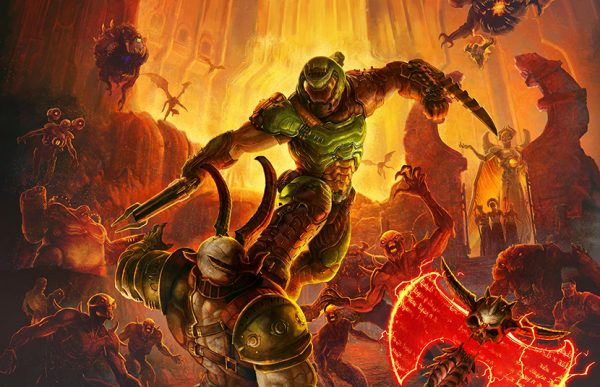 What we've learned from those who attended Doom Eternal's preview event is that the first three hours are hectic, with new gameplay elements being introduced consistently throughout that time. So you will be coming across new threats, traversing levels in new ways and switching between plenty of unique weapons.

As Martin puts it: “Eternal's goal here is to essentially give you access to superpowers and then force you to learn how to use them instinctively, or you die.”

KitGuru Says: While I did enjoy Doom's multiplayer modes, I did find myself hoping for some extra campaign levels in the months after release. I may end up feeling the same way with Doom Eternal but so far, it sounds like the campaign is much more ambitious and varied. Are many of you looking forward to Doom Eternal releasing in March?