This may be too little too late at this point but EA's CEO, Andrew Wilson, has admitted that the company made a lot of mistakes with the “free to play” mobile version of Dungeon Keeper. “You have to delivering value, and always err on the side of delivering more value, not less.”

Dungeon Keeper for Android and iOS was one of the worst cases of a pay to win game that we've seen in a while and all of that was made worse by the fact that Dungeon Keeper is a much loved franchise. However, according to the CEO, the company has learned its lesson. Speaking to Eurogamer, Wilson said:

“For new players, it was kind of a cool game. For people who'd grown up playing Dungeon Keeper there was a disconnect there. We misjudged the economy. In that aspect, we didn't walk that line as well as we could have. And that's a shame.” 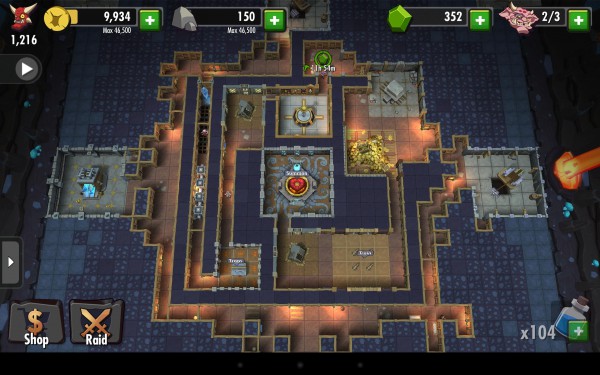 “As we look forward, the two lessons we get are, one, where you are dealing with IP that has existed in the past, even though you're reinventing it for a new audience, you have to do your best to stay true to its essence. The second is, when you're thinking about any business model, premium, subscription, free-to-play, value has to exist. Whether it's a dollar, $10, $100 or $1000, you have to delivering value, and always err on the side of delivering more value, not less.”

The Studio that created Dungeon Keeper mobile was shut down in May, the game is still available but its not worth playing.