After months of rumours and speculation over the future of Visceral Games, EA today announced that it would be shutting down the studio. Over the years, Visceral had worked on some great titles, the most notable of which was the Dead Space franchise. For the last few years, the studio had been working on a new action-oriented Star Wars game with former Uncharted Director, Amy Hennig. However, this project has also been canned alongside the studio.

EA’s executive VP, Patrick Soderlund announced Visceral’s closure last night. The studio’s Star Wars game was set to be a ‘story-based linear adventure’, the exact sort of thing that Visceral Studios and Amy Hennig are good at. Unfortunately after “testing the game concept with players”, EA has decided that it needs to scrap the game and focus on creating “a broader experience”. 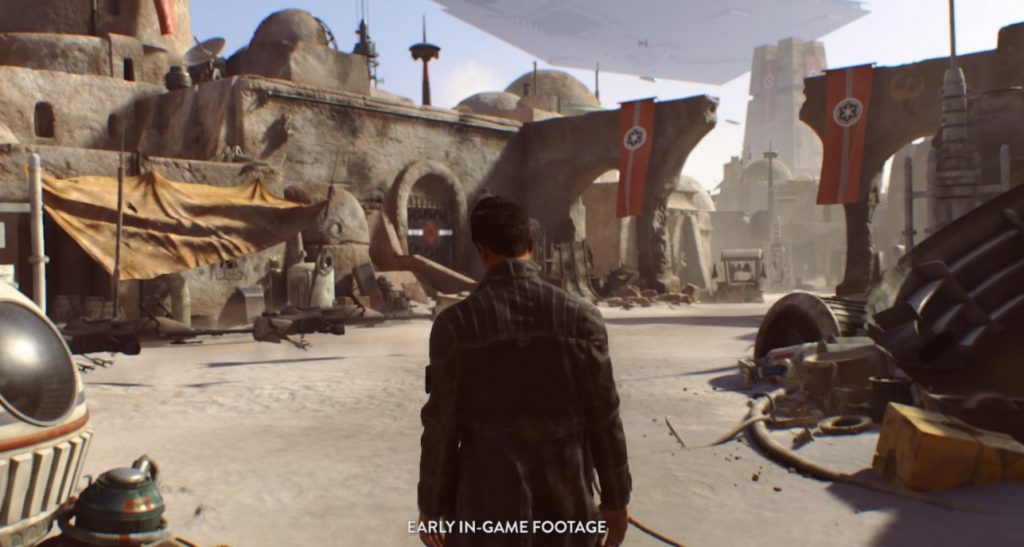 Here is the full quote from Soderlund: “Throughout the development process, we have been testing the game concept with players, listening to the feedback about what and how they want to play, and closely tracking fundamental shifts in the marketplace. It has become clear that to deliver an experience that players will want to come back to and enjoy for a long time to come, we needed to pivot the design. We will maintain the stunning visuals, authenticity in the Star Wars universe, and focus on bringing a Star Wars story to life. Importantly, we are shifting the game to be a broader experience that allows for more variety and player agency, leaning into the capabilities of our Frostbite engine and reimagining central elements of the game to give players a Star Wars adventure of greater depth and breadth to explore.”

With this game now changing direction, the previous ‘2019’ release window no longer applies. Going forward, EA Vancouver will be working on Visceral’s former Star Wars project. As for Amy Hennig’s involvement, EA has said that they are “in discussions” with her at the moment but nothing is confirmed. EA will be “shifting as many” of the developers at Visceral to other projects and teams within EA.

KitGuru Says: In one fell swoop EA killed off one of its most promising studios as well as the only Star Wars game worth getting excited about. Sure, Battlefront 2 will be fun, but many Star Wars fans were looking forward to something deeply story focused, especially with an Uncharted series director on board. It’s a real shame to see Visceral go down like this and it’s a shame to see EA actively squashing single-player focused triple A games under its banner.