This year, Ubisoft will be spinning off the Far Cry franchise with a more survival-focussed game- Far Cry Primal. When it comes to survival games, most studios tend to focus on the multiplayer experience but Ubisoft is going about things a bit differently and has revealed that Far Cry Primal won't feature a co-op mode so that the developers can spend more time on the single-player experience.

Far Cry Primal will see players go back in time to the stone age, where they will need to scavenge items for weapons/traps and tame animals to survive. While Co-op support was included in Far Cry 3 and 4, it won't feature in Primal: “We are focusing entirely on creating the best possible Far Cry experience for our fans,” Ubisoft Community Manager, Jason Paradise, wrote on Steam. 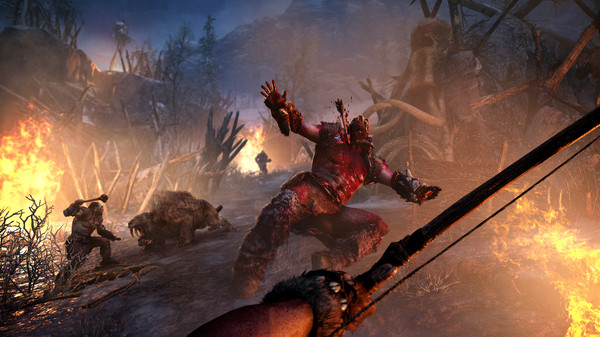 “Bringing the Stone Age to life and providing players with a strong gameplay experience based off of the Far Cry legacy meant we had to reinvent our core gameplay loop. This was definitely not a small undertaking. Our focus was on delivering this fantasy which required clear priorities for the team. Therefore, in the early stages of the project, we made the difficult choice of focusing our efforts on the single player experience.”

Far Cry Primal is set to come out on the 23rd of February on the Xbox One and PS4. The PC version of the game will be coming out a week later on the 1st of March.

KitGuru Says: When I first heard that Ubisoft was making a survival-Esque Far Cry game set in the stone age, my mind immediately turned to co-op gameplay so it's a little disappointing to hear that it won't be included though that might just be me. Are any of you looking forward to Far Cry Primal? Are you glad that it is single-player focused or would you rather see multiplayer included?