To sum up, is the Metal Gear Solid V PC port any good? I’m pleased to say that yes, it is pretty damn good, though it is not without its own set of issues. The graphics options menu is fairly comprehensive but some extra anti-aliasing options would be nice. Mouse support in the menu screens would also be appreciated.

On top of that, there were times in the opening scenes of the game where I would be given the wrong button prompts for actions. For instance, instead of being told to move my mouse to control the camera, I kept getting given console inputs. Fortunately, this issue was reserved to movement controls for me, rather than any of the more comprehensive in-game actions. However, it could still do with fixing.

Outside of those few minor points, the game itself performs very well. Being able to hold 60 frames per second at 4K on a single GPU in a 2015 game is an achievement no matter how you look at it. It is certainly not an ugly game either, while some of the textures lack detail close up, from the correct distance, everything looks as good as it should. The lighting in particular is incredible, Hideo Kojima really knows how to set a scene and create an atmosphere. 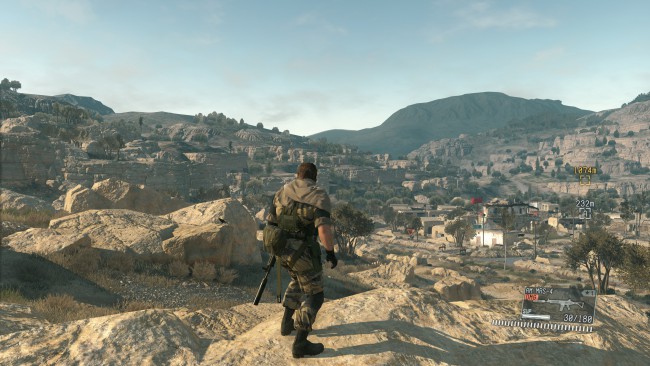 In all, Kojima Productions has managed to deliver a solid product for their final game. While the Metal Gear series has historically been console oriented, this final chapter works just as well on a PC with a mouse and keyboard, as it would with a controller. Be prepared for a long journey though, the prologue alone is around an hour-long.

KitGuru Says: The Metal Gear Solid V PC Port turned out to be very good indeed. If you are a fan of the series then this is definitely a worthy purchase. Would you like to see us do more of these performance review style posts in the future for PC games? Any feedback goes a long way, we may even expand these to cover more hardware.

Most publishers announce their PC system requirements for new games around two weeks before release. …