KitGuru Games: Halo Infinite Preview – did 343 finally get it right?

After a middling reception to campaign gameplay in 2020, 343 Industries came back with a bang this summer, revealing Halo Infinite Multiplayer for the first time. Better yet, the studio was ready to begin public playtesting right away, leading to a Technical Preview last weekend. I was fortunate enough to get an invite and after spending several hours in multiplayer matches, I’m pleased to say that so far, Halo Infinite is looking to be a winner. 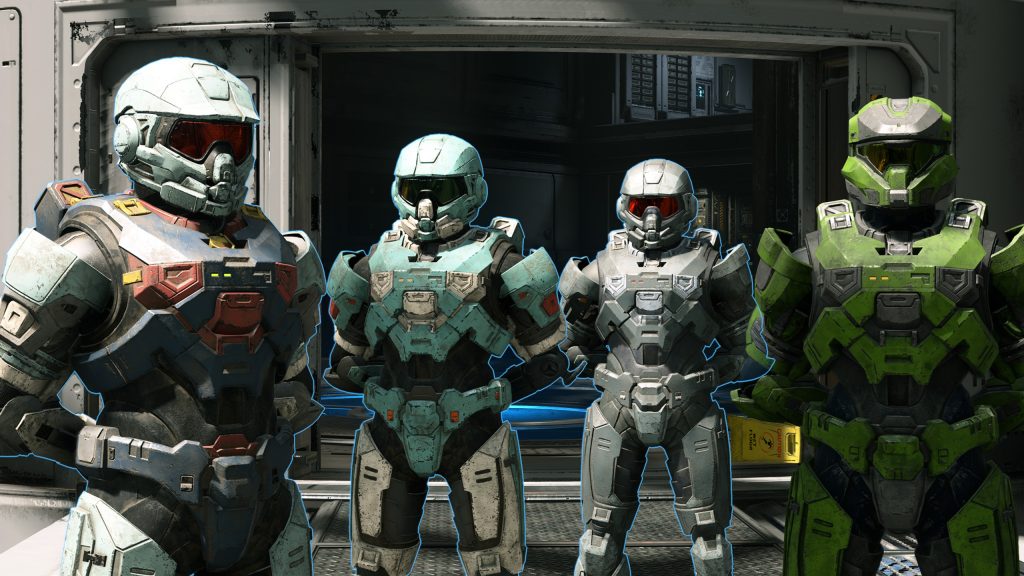 Ever since 343 Industries took over Halo a decade ago, the studio has been trying to find ways to evolve the gameplay and introduce modern shooter mechanics. They went decidedly overboard with Halo 5, and it looks like the studio took that feedback seriously while developing Halo Infinite.

Halo Infinite’s multiplayer feels like the perfect blend between a modern FPS and classic Halo. Spartans feel more mobile and yet, features like the grapple hook and sprinting aren’t too quick either. It is the perfect balance to make a round of Slayer feel familiar to long-time fans, while also blending in some modern FPS gameplay enhancements without getting into gimmick territory.

During the technical preview, a handful of weapons were available in multiplayer matches, including the assault rifle, battle rifle, pistol, plasma pistol, needler, carbine, sniper, and melee weapons like the gravity hammer. Each weapon felt solid while hip firing and it felt like little needed to change here before launch. However, while using ADS on scoped weapons, something felt odd. While I can’t say for sure, it did feel like some mouse acceleration was kicking in, which did throw off my ability to track targets properly with the Battle Rifle. This is something that can be tuned and balanced for future technical tests in the months to come. With that said, I’ve always preferred hip firing in Halo anyway, so this didn’t really impact my overall opinion on gameplay.

For this technical preview, 343 Industries was very specifically looking for feedback on Slayer matches featuring Halo Infinite’s new AI bots. As someone who has had to deal with awful AI players in shooters like Counter-Strike for years, I had some concerns going in. I have no idea how the developers achieved it but playing against bots in Halo Infinite felt natural. The AI combatants moved like real players and could put up a good fight. I never lost a match, but it didn’t feel like a complete blowout and no player in my games ever had a perfect, deathless round either. Typically, the bot team would be able to rack up 30+ kills in a game, which was just enough to keep things interesting.

Obviously, the competition in PvP matches is going to be on another level. However, for practising and brushing up on skills or just playing casually, Bot Arena was a fantastic mode in my opinion. 343 did briefly turn on PvP Slayer during the technical preview, but this occurred during the early hours of the morning for those of us in the UK, so I unfortunately did miss out. However, feedback online seems to be quite positive so far. I’m sure a PvP mode will be included for the full duration of the next technical playtest.

Outside of multiplayer matches, this Halo Infinite test also gave us a preview of the multiplayer customisation system and the Battle Pass. Levelling up the Battle Pass seemed slow, as XP was only granted for completing pre-defined challenges – I think it would be better for 343 to revise this and grant Battle Pass XP to all participants in a match, with bonuses applied for meeting challenge conditions instead.

The Battle Pass is your vehicle to unlocking customisation options for your Spartan, including new armour pieces and paint jobs. There was also a limited in-game store with cosmetics, sold by virtual currency that was supplied to all participants of the playtest. This does indicate that there will be cosmetic microtransactions at launch, but unfortunately, pricing for in-game currency has not been revealed and we do not know how easy it will be to earn this currency through gameplay (if it’s earnable at all). It is too early to be worried about any of this, but it is something we'll be keeping an eye on as 343's reveals its plans over the next few months.

I’ve mostly touched on gameplay so far, but I’d also like to talk a bit about graphics and PC performance. I was playing Halo Infinite on a system with an Intel Core i7-8700K and a GTX 1080 Ti. It is not the most up to date PC, and with this being a preview build without driver support or final performance optimisations in place, it was quite demanding. Turning the graphics down to low allowed me to remain above 60 frames per second during multiplayer, with just some occasional dips.

I thought I would hate playing this game on low settings, but I was quite surprised at just how good the game still looks. Cranking things up to Ultra brought minimal visual differences, with slightly better shadows and sharper textures. Everything still looks great on low settings, from the lighting to weapons and visual effects like grenade explosions.

I am a bit concerned about performance within the game’s campaign, which will have a much bigger and more populated map compared to the small multiplayer arenas we had access to. Hopefully achieving 60 frames per second in single player won’t be too difficult on a rig like mine either. However, with at least another three, possibly four months to go before launch, I’m not going to be making any final judgements on graphics or performance just yet. I expect things to improve a little with each preview as we get closer to release this holiday season.

Halo Infinite does not currently have an exact release date, as Microsoft is waiting on this year’s Call of Duty release date to be announced first to avoid sacrificing sales potential during the busy holiday season. When the game does finally release, it will be heading to Xbox One, Xbox Series X/S and PC, where it will be available on both Steam and the Microsoft Store. Of course, if you’re an Xbox Game Pass subscriber, you’ll get to play the campaign on day-one without putting any extra money down.

KitGuru Says: Did any of you also participate in the Halo Infinite Technical Preview? What were your thoughts on the game?