Throughout 2021, Sony's first-party studios proved that the PS5 was the next-gen console to have in year-one, with a solid slate of new games with jaw-dropping graphics. Now to kick off 2022, Sony is looking to continue making its mark with Horizon Forbidden West, another incredible graphical showcase, although it is a slow burn for returning players. 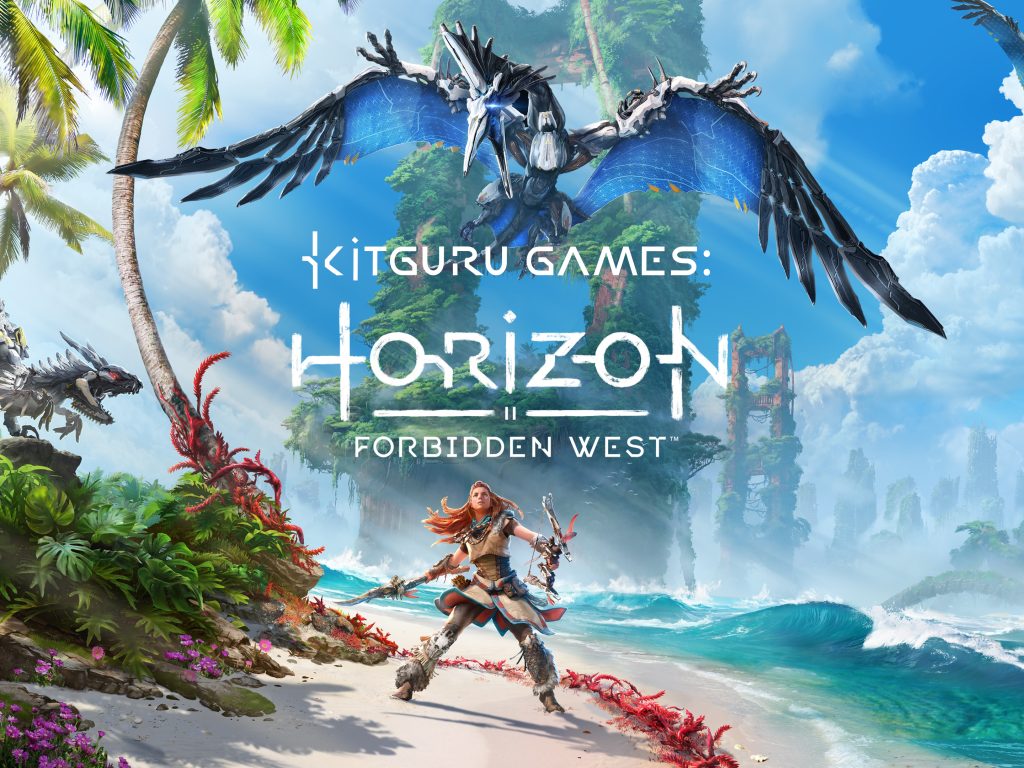 I played Horizon Zero Dawn all the way back in 2017 and it blew me away with its mix of sci-fi and fantasy. It was an incredible start for a brand new IP and now five years later, Guerrilla has returned with a sequel. Unlike other cross-gen titles, Horizon Forbidden West doesn't feel held back by its last-gen PS4 release. The PS5 version includes plenty of graphical upgrades to truly set it apart from the PS4 version and the addition of the DualSense controller also adds to the ‘next-gen' feel of the game.

On PS5, Horizon Forbidden West offers two graphical modes – a 4K/30FPS and an 1800p/60FPS mode. You'd be hard pressed to spot the differences between the two on a TV while sat at a normal distance, but the jump from 30FPS to 60FPS is a game changer.

If there is one thing I do take slight issue with, it is the ‘hero light' that shines on Aloy. This additional light looks fine, good even, most of the time, but in some instances, like cutscenes, it gives an odd ‘halo' effect to Aloy with the outline of her head giving off a bright white light. It stands out as odd, especially in dark scenes with no direct sunlight.

Visuals aside, I also found Horizon Forbidden West to be a slow burn at first. While the game is a direct sequel to the original, with most gameplay mechanics and control schemes carrying over 1:1, we still start off with a very lengthy tutorial section. I spent roughly four hours re-treading ground from the first game, going through tutorial sections for combat and exploration mechanics I was already familiar with. As much as I hate to say it, I was getting bored and losing interest as a returning player. What I really wanted to do, was get to the Forbidden West and continue chasing down Sylens. I know it sounds like I'm impatient, but there is a disconnect between story and game design early on that stands out to me.

It feels like the first several hours of the game were designed for brand new players, as you are taken through familiar lands to re-learn mechanics from the first game, but for story purposes, you absolutely do need to be familiar with the first game. If you jump in to Forbidden West without ever having played Zero Dawn, you are going to be lost, and if you have already played Zero Dawn, then you may well end up bored like I was.

The lengthy tutorial/prologue section in the original Horizon Zero Dawn was fine, as it served as a good way to introduce players to the story and world. However, in Forbidden West, players should already be clued in on the story, world and general gameplay. It is a weird disconnect and I think if the pacing in this early part of the game was dialled up a bit, it would have been more fun for someone already well-versed with the gameplay mechanics.

Spoiler warning: Story spoilers in the next two paragraphs below:

Fortunately, once all of that tutorial section is over with and you finally journey out to find new lands, things kick off relatively quickly and the story and world sink their hooks in once again. As we journey towards the Forbidden West, we are hit with one problem after the next. For starters, there is war between two tribe factions. Shortly after, we find ourselves face to face with Sylens (in hologram form) and after obtaining a backup of GAIA, the AI responsible for saving human life centuries ago, we are faced with another clone of Dr. Elisabet Sobeck and a new set of enemies controlling her, also searching for GAIA backups for their own nefarious purposes.

It took roughly eight hours of gameplay to get to this point. While the first few hours were a slog, the next few hours were a joy. Once the story actually starts to progress, we get back to back reveals, new mysteries enter the fray and we have a new interesting set of villains to hunt down.  Not only that, but we finally have our main objective, which is to finish fixing up GAIA by collecting other backups to restore the AI's abilities. The game has finally opened up and I feel like a weight has been lifted off my shoulders. I can finally just explore, pick up some side quests and really immerse myself in this jaw-dropping world that Guerrilla has created.

Horizon Forbidden West and its predecessor offer such a unique spin on a post-apocalyptic story that is impossible not to want to explore and uncover its secrets. It is also one of the most graphically stunning games I have seen in my life. The level of detail, and at such a large scale, is truly impressive. Video comparisons between the first and second game really don't do justice to what Guerrilla has achieved here.

Beyond the game world itself, I have also been hugely impressed by the motion capture and animations. The facial animations for characters during conversational scenes are the best I've seen. Combat is fluid, flashy and most importantly, responsive. The DualSense controller also adds to the immersion, with the adaptive triggers changing their feel per weapon, the sound of a bow string being pulled plays through the controller as you draw an arrow to fire. Even while climbing, you get a little extra rumble in the controller. These are all small details, but they add up and really help build the experience.

I've spent eight hours with Horizon Forbidden West so far, and while it started off slow, I am now completely hooked. This game is looking like an early GOTY contender despite the initial slowness of the first few hours. It is a game that I haven't stopped thinking about all weekend, and I can't wait to dive back in over the next few weeks to finish it.

KitGuru Says: With God of War Ragnarök also due to release this year, it looks like the PS5 is going to have an incredible 2022. Did any of you pick up Horizon Forbidden West over the weekend? What do you think of the game so far?