Nioh is no longer a PS4 exclusive, launches on Steam next month

Team NINJA had a hit on its hands earlier this year with the launch of Nioh. While the game has been shackled to the PlayStation 4 platform since its launch in February, that will be changing relatively soon, as it has just been announced that the Samurai-focussed action game is now coming to Steam in November.

PC gamers will finally get their hands on Nioh on the 7th of November. The game will arrive in a ‘Complete Edition’ package too, which includes all of the DLC for the game. This includes the Dragon of the North expansion, which adds a new region to the game. Meanwhile, the Defiant Honor and Bloodshed’s End DLCs both add additional campaigns to the game. 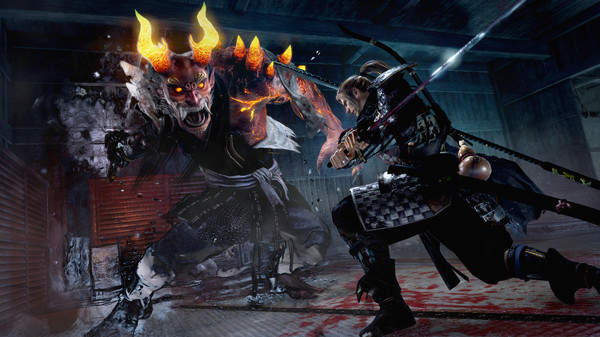 For all intents and purposes, the easiest way to describe Nioh is as a ‘Souls-like’. This is a challenging game with lots of distinct play styles and huge boss fights. However, there are more RPG elements in Nioh compared to the Dark Souls series and depending on your weapon selection, the game can also be more fast paced.

There is some good news and bad news to be had for the PC version though. The good news is the minimum system requirements aren’t too high. However, for some reason, this game does require 100GB of space, which likely has something to do with the included 4K textures. Here are Nioh’s system requirements:

KitGuru Says: Nioh was one of the first games I played when I picked up a PS4 Pro earlier this year. It was fun but I do now wish that I had held off for the PC version. Have any of you tried Nioh on the PS4? Will you be giving It a go now that it is coming to PC?