While speaking to IGN about Obsidian’s upcoming game, Pillars of Eternity, Project Director, Josh Sawyer and Lead Producer, Brandon Adler, mentioned that the studio remains full of Star Wars fans and that the subject of Knights of the Old Republic 3 comes up “every three to six months”. 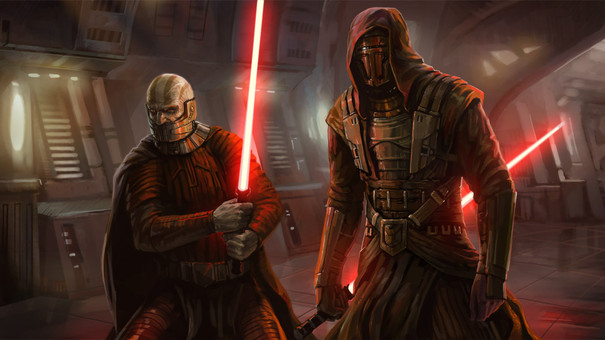 “I think there are a lot of the people at the studio that would like to do Knights of the Old Republic 3,” Sawyer said. He then goes on to explain why he thought Lucas Arts never got around to reviving the project:

“I think at that time LucasArts was really focused on what they considered to be extreme, extreme blockbusters and even though the Knights of the Old Republic series was pretty successful, it just never seemed like something that was going to happen at that time. ”

While the studio hasn’t had a serious discussion about creating the game, it has developed a few ideas and acknowledges how awesome it could be: “It’s something that comes up every three to six months,” Adler added. “We bring it up and talk about it. Not anything terribly serious, but we just say ‘wouldn’t it be cool if?’ and just develop some ideas for what we’d do with that stuff.”

KitGuru Says: I’ve been hoping for a Knights of the Old Republic 3 ever since I completed the first two games on the original Xbox. I would love to see Revan return as a main character and experience a brand new story. Hopefully Obsidian’s enthusiasm will be noted and eventually we may get another Star Wars RPG on the same level as the KOTOR games. Would you guys like to see a Knights of the Old Republic 3? Would you rather it was developed by Bioware or Obsidian? And most importantly, did you enjoy the first two games in the series?