Pillars of Eternity launched earlier this year to great praise from critics and fans alike. Obsidian hasn’t been sitting around since launch though, it has been hard at work on the first expansion for the game, titled ‘The White March’, which will release later this month.

The White March is a multi-part affair, so we are getting part 1 on the 25th of August, with part 2 set to come out at a later date. 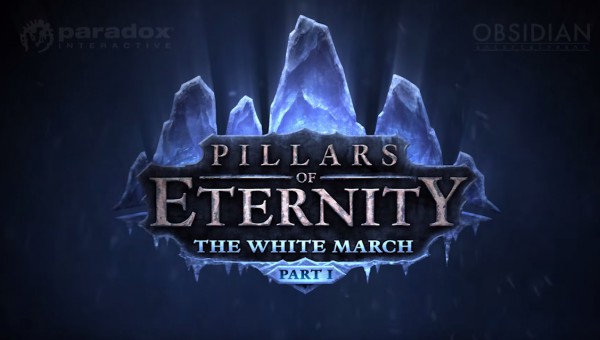 The White March part 1 will raise the level cap, add in new multi-class abilities and bring new companions to the mix including a monk and rogue character. A new party-based AI system is also set to be introduced so over all, the expansion is set to bring quite a few changes to the old-school RPG.

The announcement trailer gives us some story details, going by what the narrator says, players will be breaching a fortress to find ‘the white forge’.

KitGuru Says: As someone who hasn’t put a whole lot of time in to Pillars of Eternity, I’m not too sure if anything in the trailer ties in to the story from the base game. However, I do know some of our readers did play Pillars at launch. Have any of you beat Pillars of Eternity yet? Are you looking forward to the expansion?

Previous Bungie might finally be working on Destiny for the PC
Next The Mafia 3 trailer is out, story details released