Bungie might finally be working on Destiny for the PC

Back when Destiny was first coming out, rumours surrounding a PC version of the game were pretty rampant and Bungie even talked about it on a few occasions, since then though, things have died down and we haven’t heard about Destiny’s future on the PC platform for a long time.

However, Bungie just recently put up a job advert seeking a PC Compatibility Tester. Now what could a console game studio want with a PC tester? As you can imagine, a lot of people are now jumping to the conclusion that Bungie is working on something Destiny-related for the PC. 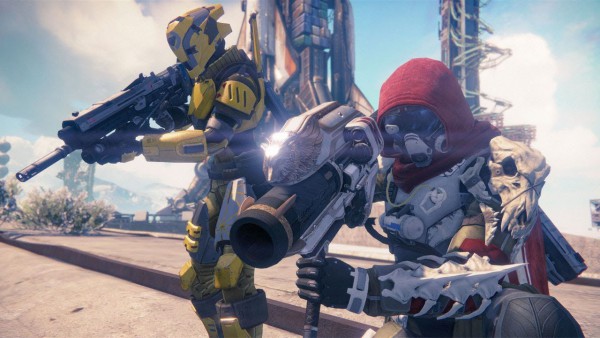 The job advert reads: “The PC Compatibility Tester will evaluate PC hardware-specific features and ensure various systems work together across multiple PC configurations to provide a great experience. This is a challenging area to test, so we are only looking for the most resilient and technically minded testers. If you love solving new problems on a continuous basis with an eye for detail, you will love PC Compatibility Test at Bungie”.

Now Bungie is a pretty big studio these days, so its possible that the company is working on something entirely different for the PC. Then again, we also know that Destiny has a huge ten year plan, with Destiny’s second year about to kick off in September and Destiny 2 set to launch next year. Maybe Bungie is looking to get PC players on board before the second game launches, though we won’t know for sure until an announcement is made.

KitGuru Says: While I’ve clocked my fair share of hours in Destiny, I’ve been hoping for a PC version of the game since its launch. At this point though, quite a few people have a negative impression of Destiny, so it will be interesting to see if PC gamers still care about getting the game at all.

Diablo II: Resurrected is launching in September, beta in August

Last night during the Xbox E3 showcase, Blizzard made a surprise appearance to reveal the …