Tomorrow is going to be a big day for Star Wars fans, as Respawn Entertainment is set to finally reveal Jedi: Fallen Order. We've seen the teaser at this point, but some other details have been dropping ahead of time, including the game's cover art and the fact that it won't be running on the troubled Frostbite engine.

EA has had a partnership with Respawn Entertainment since the launch of Titanfall 1. So far, the studio has mainly used a modified version of Valve's Source engine for its games, including Titanfall, Titanfall 2 and Apex Legends. Now that Respawn has been acquired by EA, many might assume that the studio has switched over to Frostbite, but that turns out to not be the case. For Jedi: Fallen Order, Respawn decided to use Unreal Engine 4, so many of the problems present in some of EA's other recent single-player games likely won't creep up here. 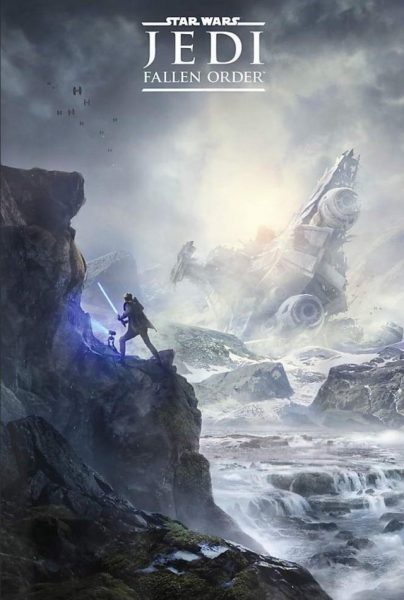 While other promising single-player Star Wars games have not survived under EA, Respawn's Jedi: Fallen Order will see the light of day. Tomorrow, Respawn will be holding a panel for the game at Star Wars Celebration, where details on story, gameplay and a release date should be shared. EA is not having a traditional E3 press conference this year, so tomorrow's reveal could be bigger than expected.

So far, we do know a little bit about the story. We'll be playing as a lone Padawan that survived the empire's extermination of the Jedi under Order 66. Chris Avellone, the designer behind Knights of the Old Republic II helped out a bit on the script. However, this is not going to be an RPG, instead, Jedi: Fallen Order will be an action game. Previous leaks have hinted that it will have a similar style to ‘The Force Unleashed'.

KitGuru Says: We'll be back tomorrow to cover the full unveiling for this one. Hopefully we get to see enough to restore confidence, after all, EA doesn't exactly have a great track record with Star Wars at this point.