Star Wars: Battlefront will be matchmaking-only to ensure fair play

Star Wars: Battlefront is just on the horizon, with an open beta scheduled for this week and a release for next month. A few weeks back we learned that the game would not contain a server browser option, even on the PC, for those who want to set up their own community games or tournaments. Now, DICE has explained the reasoning behind this decision.

In an interview with PC Gamer published today, Battlefront’s Design Director, Niklas Fergaeus explained: “The nature of the matchmaker that we have is to just ensure that people have a fair and even playground. That’s the thing. We want all Star Wars fans to be able to play this game and have a good time, and in doing that, we want to make sure that whenever players jump in, they get matchmade to players of their own level, their own skill, so they can have fun and a fair playing field.” 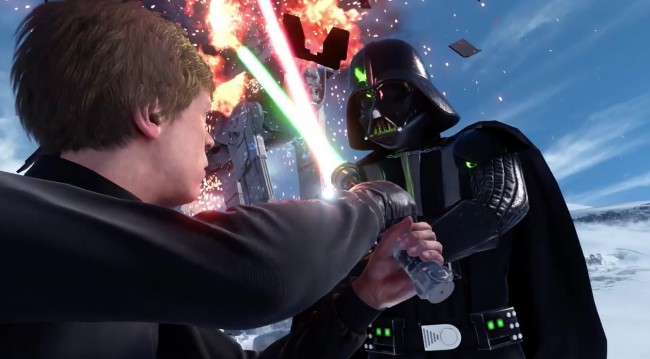 Fergaeus singled out ‘Star Wars’ fans specifically twice while explaining the need for a matchmaking system. It seems that DICE is under the impression that Star Wars fans are a casual audience, which to some extent may be true, Star Wars is a franchise so massive that a game could attract new players to the FPS genre. However, this approach does come at the cost of some features that a hardcore shooter crowd would appreciate.

The final tidbit from the interview is that the matchmaking system will in-fact let you play on which map you’d like to play specifically, rather than being thrown in to an endless rotation with a limited selection each round. The Star Wars: Battlefront beta launches on the 8th of October, with the final game set to release on the 17th of November.

KitGuru Says: Being a big shooter player myself, I do wish that DICE has chosen to include some additional features, like a server browser or community server  support. Those on the PC appreciate that stuff in particular. Either way, I’ll be giving the game a shot in a few days when the beta launches. Are any of you planning on trying Battlefront before it comes out?