Over the last year or two, water resistance and dust proof ratings have become an increasing selling point with some smartphones. Last month, Apple revealed the iPhone 6s and 6s Plus, each with a slew of new features over last year’s models. However, one thing that wasn’t mentioned was that Apple has practically made the iPhone 6s waterproof.

The discovery was made by iFixit during one of its popular product tear downs, which help rate how easy it is to fix a specific device. Both the iPhone 6s and 6s Plus feature new technology that make them more resistant to liquid damage than past models. 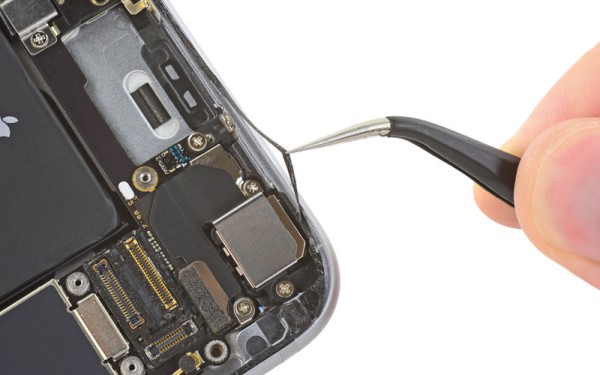 Apple has packed a new gasket around the sides of the iPhone 6s and encased every cable and connector on the iPhone’s logic board with waterproof material for extra protection, which is a pretty good solution considering that other manufacturers tend to focus on the device’s ports.

While Samsung and Sony have previously championed water resistance features in the past, Apple has been very quiet on the subject, likely in an effort to not raise consumer expectations. Obviously you shouldn’t be taking your smartphone in to the shower, or over exposing it to water, but it is good to know that your iPhone will be protected should you be out in the rain.

You can see the full blog post from iFixit, HERE.

KitGuru Says: Apple usually champions any feat of engineering, heck, it made a huge deal out of last year’s iPad Air 2, which was slightly thinner than a pencil. However, it does make sense for the company to not raise expectations. The last thing Apple needs is for people to think that they can now go around dunking their iPhones in water.