The Witcher 3 surpasses 100,000 concurrent players for the first time

It is incredibly rare for a single-player game to break its launch-day concurrent player records without some form of update but The Witcher 3 has defied the odds… twice. After beating out the game’s launch-day peak player count on Steam last week, it seems that even more people became interested, pushing The Witcher 3 past the 100,000 player milestone for the first time.

At launch and in the years following, The Witcher 3’s peak concurrent player count on Steam sat at just over 92,000. In the week following the release of the Netflix series, the game hit a new peak of 94,000 concurrent players. This week, that number was surpassed again, with the game bringing in 102,172 players to set a new all-time peak player record. 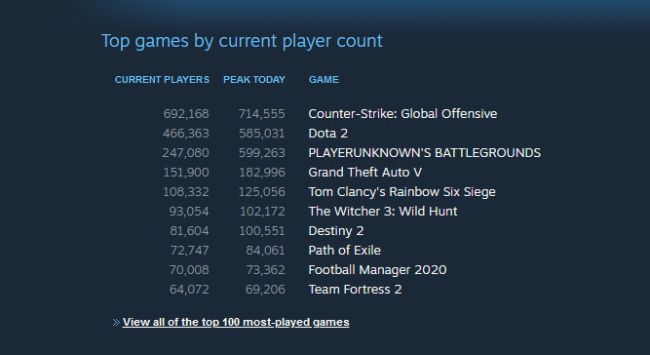 With that number, The Witcher 3 was comfortably in the top ten games on Steam, beating out the likes of Path of Exile and Destiny 2 but losing out to Rainbow Six Siege and Grand Theft Auto V.

We are unlikely to see the game break the top 5, although anything might be possible at this point. With CD Projekt Red getting all of this renewed attention, it will be interesting to see if Cyberpunk 2077 gets a nice boost because of this.

KitGuru Says: The Witcher 3 has been getting so much praise over the last five years but it looks like the Netflix show has been the thing to help push it to new heights. Have any of you picked up The Witcher 3 recently?