The Xbox One is getting 120Hz support

Microsoft has been on a roll recently, ensuring that the Xbox One supports as many different displays as possible. In March we received native 1440p and FreeSync support, and now in May the Xbox team will be adding support for 120Hz refresh rates.

That might sound a bit redundant, particularly as most game developers have shifted towards targeting 30fps on console over the last few years. However, High Frame Rate TVs are currently in the works, and there are already plenty of 120Hz monitors floating around. Another decent application for such a high refresh rate would be virtual reality, Microsoft has been quiet on the subject of VR for Xbox, but perhaps this is laying the building blocks for future Windows 10 headset support. 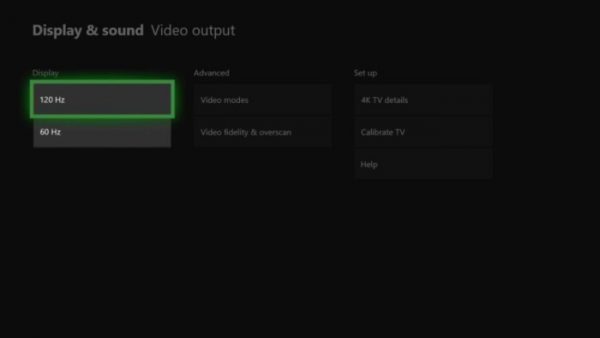 Unfortunately, with the Xbox One X and Xbox One S, you won't be able to set your display to 4K and 120Hz at the same time, even if you had a display capable of supporting it. This is due to the Xbox One's HDMI port, which can only support 120Hz at 1080p and 1440p.

Aside from additional display support, the next Xbox One update will be giving users more tools to manage their game library, including the ability to organise games into custom groups. Game captures can also be edited via the Xbox Guide, instead of having to switch out of a game into the Upload Studio app.

KitGuru Says: I'm not expecting to see any games supporting 120Hz on Xbox One X, but it is still cool to see Microsoft broadening its horizons a bit. Perhaps we'll see it put to use with VR support in the future.