Home / Software & Gaming / This is what Ridley Scott added to the Halo: Nightfall mini-series

This is what Ridley Scott added to the Halo: Nightfall mini-series

Chances are that if you’re a Halo fan then you’re aware that Steven Spielberg is working on a full fledged Halo TV series while Ridley Scott is producing a smaller five episode mini-series introducing us to Agent Locke, who will be a major character in Halo 5, which is due to release next year.

So what does being an Executive Producer on a mini-series actually entail? At the Tokyo Game Show, Eurogamer asked Microsoft’s Frank O’Connor exactly what Ridley Scott has done for the series and it turns out, he has a small hand in everything:

“He’s there when we’re building the story, he’s there when we’re breaking the script, he’s there when we’re picking locations, he helps with casting. I don’t want to get into this but he has strong opinions about things – most directors do. Nightfall is our director Sergio Mimica-Gezzan’s vision but Ridley carries a big stake and gets input on things. I’m not going to pretend Scott’s footprints and fingerprints are all over it but it’s a small organisation with a lot of collaborative creatives.” 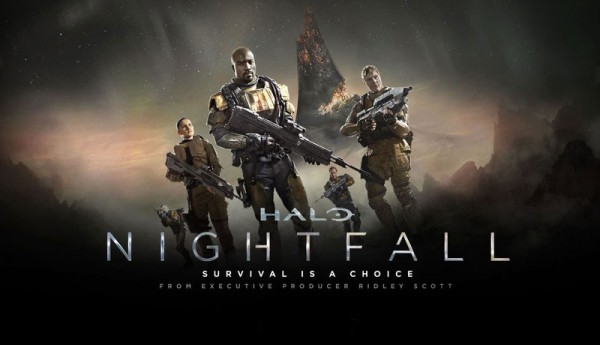 During filming, Scott made a location change that “completely changed one aspect of the story”, we don’t know specific details but the five episode mini-series will be released as part of the Halo Master Chief Collection in November, the story will bridge the gap between Halo 4 and Halo 5, which goes in to beta at the end of this year.

KitGuru Says: It sounds like Ridley Scott’s name is doing more for the series than he is himself. However, its important to remember that he’s not the director, while he might have some influence as a producer, he’s not the one calling all of the shots. Are you guys going to watch Halo Nightfall when it releases? Are you looking forward to Halo 5 or the Master Chief Collection?