This year’s Call of Duty could tackle Sci-Fi

Call of Duty has gone through several changes over the years but the big focus right now appears to be on futuristic themes with Black Ops III and Advanced Warfare. However, this year's game from Infinity Ward could take things a step forward with a full blown Sci-Fi setting with most of the game taking place in space, which would be a pretty big departure from what we've seen so far.

Details on Infinity Ward's new Call of Duty first popped up over the weekend on NeoGAF. Eurogamer also asked around and heard from some of its own sources that this information is accurate. 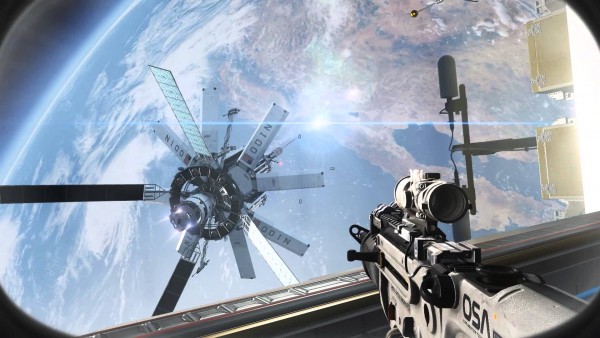 Infinity Ward's new Call of Duty will depart from Ghosts entirely, which received a fairly poor response from fans and critics. Activision has not outright denied these rumors either so take from that what you will.

This wouldn't be the most surprising move, the last two Call of Duty games have tried to take on more futuristic themes and Infinity Wards' series ditched zombies for an alien-based wave mode so it would make sense for the studio to take things a step forward and switch it up this year.

KitGuru Says: Infinity Ward's last two Call of Duty games have been fairly mixed bags so it is clear that the studio needs to reignite its spark this year. Perhaps a full-blown Sci-Fi setting will do the trick!