Ubisoft was one of the earliest supporters of Google Stadia, announcing plans to integrate uPlay+ with the service, in addition to releasing one of the very first new games available on the cloud gaming platform. Now to cap off the year, Ubisoft is adding more of its back catalogue to Stadia, as well as announcing Stadia dates for its newer games. 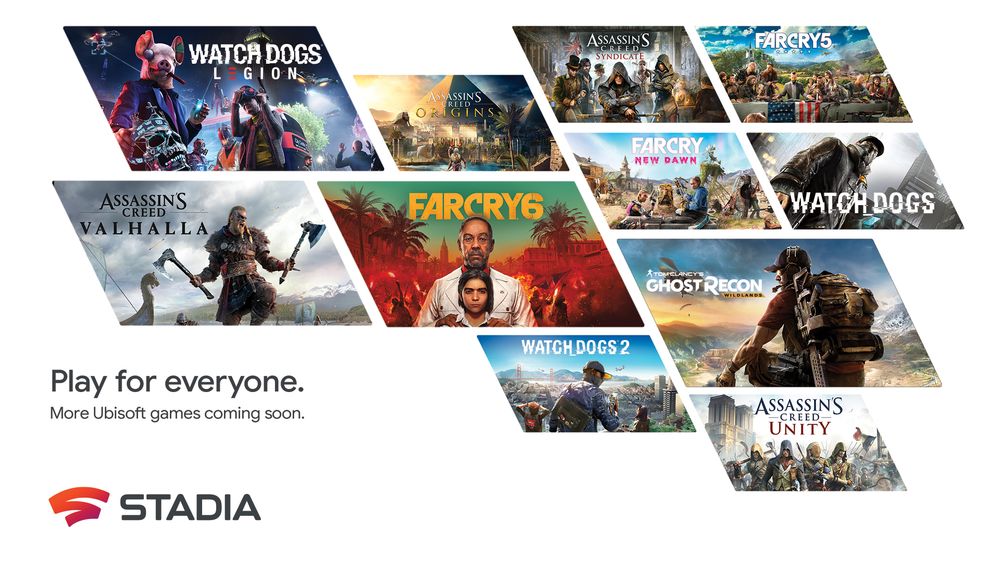 In addition to older games, Stadia will also get Watch Dogs Legion, Assassin's Creed Valhalla and Far Cry 6 on their respective launch dates.

To date, most newer games have only arrived on Stadia after release but that seems to be turning around in time for the holiday season. Not only will Stadia be getting day-one access to Watch Dogs Legion and Assassin's Creed Valhalla, but it will also be getting Cyberpunk 2077 from CD Projekt Red on release – one of the most highly anticipated games of the year.

KitGuru Says: A lot of this seems to be in preparation for launching uPlay+ on Stadia, an additional subscription that will give access to all Ubisoft games for a monthly fee. This is of course already available on PC, so many KitGuru readers should already be familiar with the concept and how it works. Have many of you used Stadia at all recently? Has it improved since launch?