Ubisoft's Assassin's Creed development team has been working around the clock since the launch of Unity in an effort to patch out a ton of issues players on all platforms have been facing. On the PC side, things have been pretty bad with low frame rate issues even on high end hardware-  there was even a super creepy ‘no face' bug.

Fortunately, the no face bug has been fixed and Ubisoft discovered that it was only caused by two specific graphics cards. In an update on the AC: Unity live blog, Ubisoft said: “In both cases the issue is resolved with the application of the Day 1 patch (as well as all future patches). This should not be affecting any players who are allowing their game to be automatically patched as recommended with updates as they are released.” 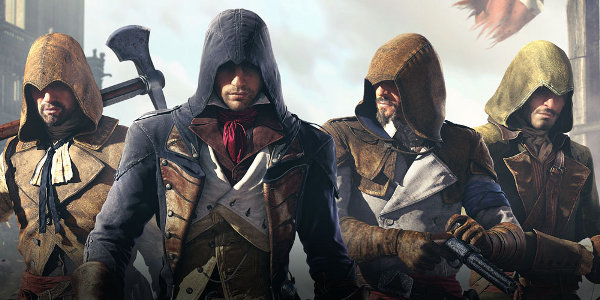 While the no face bug has been ironed out, performance issues still persist on the PC side of things but Ubisoft is making progress. It turns out that the high NPC count isn't the cause of the consistently low frame rate but rather the instruction queue is becoming overloaded:

“We can tell you that we have detected a distinct discrepancy between what we observed in the pre-launch versus post-launch environment. In spite of our testing, it looks like the instruction queue is becoming overloaded and impacting performance.”

It turns out that reducing the size of the crowds does not impact the frame rate at all so they will remain the same:”We have just finished a new round of tests on crowd size but have found it is not linked to this problem and does not improve frame rate, so we will be leaving crowds as they are.”

The Assassin's Creed development team will now be improving the game's instruction prioritization, optimizing which parts of the game get loaded in first- this will hopefully improve the frame rate for many users. Additionally, the navigation system will be updated to smooth out the parkour in the game and there will be a fix for the frame rate when looking at the city from viewpoints.

KitGuru Says: There's no word on whether or not these fixes will be included in emergency patch 3 but hopefully Ubisoft doesn't take too long with them. I managed to play a bit of Unity and so far, I've enjoyed the story and Arno as a character, unfortunately, I just can't get past the low frame rate. Have you guys been playing Unity? What do you think so far? Are you waiting until the performance is fixed to finally play?