Ubisoft appears to be listening to its fans with a new survey, gathering feedback and suggestions for future Far Cry titles. The questionnaire was sent out to a few Far Cry 4 players over the last week or so and gives us a glimpse at the ideas Ubisoft is currently tossing around.

Vampires, Dinosaurs, the Vietnamese war, there are some pretty adventurous settings being discussed by the publisher. Among other options, Ubisoft may also consider making a sequel to the highly praised Far Cry: Blood Dragon. 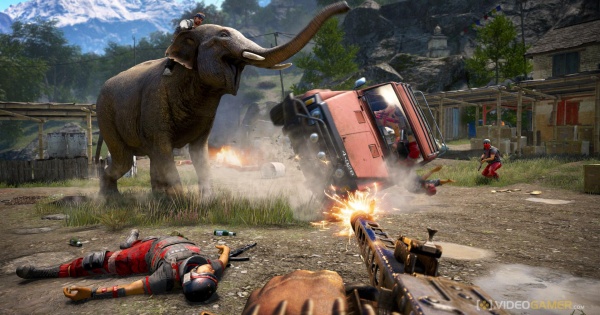 There's no telling how seriously Ubisoft will take this feedback, Assassin's Creed fans have received similar polls in the past. Ubisoft has so far not commented on the survey but its nice to see the publisher making an effort to gather fan input.

KitGuru Says: Ubisoft needs to make plenty of changes over the course of 2015 to turn around its public image. 2014 was a pretty bad year for the company PR wise and many gamers have lost confidence in the company. Taking on fan feedback is a good step in the right direction.