DOOM Eternal to receive a Horde Mode in future update

id Software recently released the much anticipated next-gen and ray tracing version of DOOM Eternal (an analysis of which we conducted HERE), making 2020’s much-loved shooter even better. With parts 1 and 2 of The Ancient Gods DLC now out, the team has announced their future plans for the game.

Taking to their blog, the Executive Producer of DOOM Eternal – Marty Stratton – said “As many are aware, we intended to release a free Invasion Mode update for the game; however, the unforeseen consequences of the pandemic and remote working impacted the progress of development for this addition. Over this time, we have also seen and heard how many of you enjoy the range of gameplay and combat available in the expansions and master levels. With these factors in mind, we have decided to redirect our focus from Invasion Mode to creating a totally new single-player horde mode.” 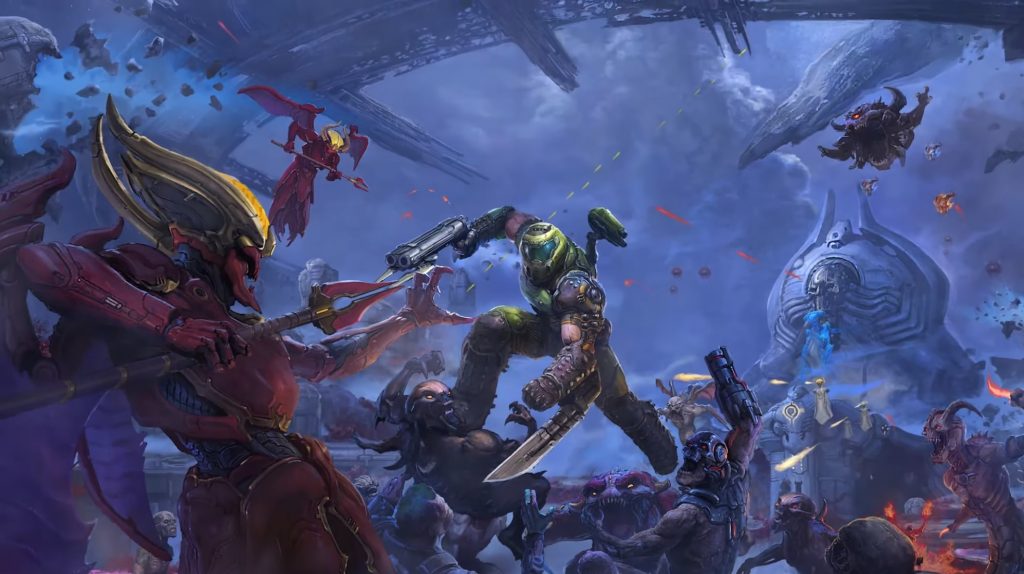 Offering greater detail, he said “We’re confident this horde mode will offer you more of the diversity and challenge you’re looking for in the game. In addition, the team continues to work on a refresh of BATTLEMODE that includes a more competitive, rank-based structure, a number of gameplay and balance updates and another new map,” and concluded by saying “We expect to share more information at QuakeCon in August.”

While some may be disappointed to hear that the promised Invasion Mode will longer be released, this Horde mode does seem to be focused on DOOM Eternal’s strong suit – that being shooting. Hopefully this new mode will satiate those who were looking forward to the Invasion mode.

KitGuru says: Did you play the DOOM Eternal DLC? What did you think of the latest update? Which mode sounds more exciting to you? Let us know down below.