February’s free PlayStation Plus titles are now available to download

PlayStation Plus subscribers are in for a treat this month, as PlayStation is offering its Plus users not two, but three free games this month – and well respected games to boot. Available to download right now is BioShock: The Collection, containing remasters of the full BioShock trilogy and its DLC, The Sims 4, and for PSVR owners, Firewall Zero Hour.

BioShock: The Collection allows players to go “from the undersea city of Rapture to the airborne metropolis of Columbia” on a journey “through awe-inspiring, deceptively dangerous places that are simply unforgettable”. The collection contains remastered versions of BioShock, BioShock 2 and BioShock Infinite, including all their respective DLC. The trilogy of titles received universal acclaim upon their release, with the original BioShock, and Infinite becoming two of the highest rated games of all time.

The Sims 4 is the latest game in the long-running Sims series. Releasing in 2017 for PlayStation 4, the game has continued to be supported with post-launch DLC and expansions. Although the version on offer to PS Plus subscribers is merely the base game, you can still “unleash your imagination and create Sims in a unique world that’s an expression of you.” 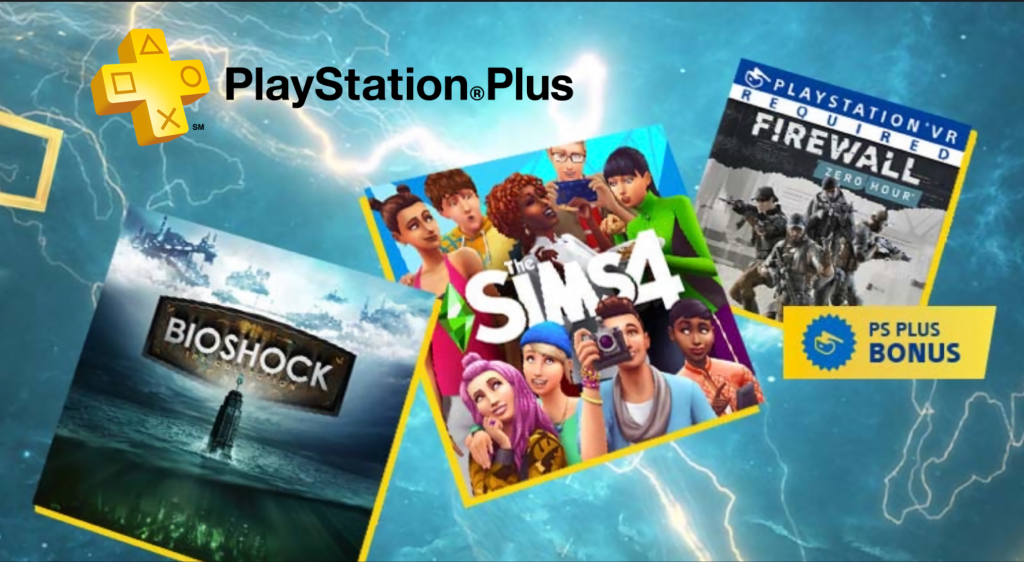 Though PlayStation traditionally only offers two free games each month, this month, players will be receiving a third. Firewall Zero Hour is a first-person tactical VR shooter where you “become a hired contractor and expertly seize – or protect – sensitive information from opposing teams”. The game’s latest season, Operation: Black Dawn began on the 4th of February, so now would be the perfect time to jump into the game.

February’s PlayStation Plus games have replaced last month’s offerings of The Uncharted Collection, and Goat Simulator, and will be available to purchase for free until the 2nd of March. Of course, the games will remain in your library even after the fact, as long as you ‘purchase’ these titles before the cut-off period.

KitGuru says: What do you think of this month’s offerings? Would you like to see PlayStation give more free VR games each month? Which games from the list are you most looking forward to playing? Let us know down below.