GTA: San Andreas is coming to the Quest 2

Hot off the heels of the successful launch of Resident Evil 4 VR, Facebook has now announced that another classic third person video game is being translated into VR for the Oculus Quest 2. Grand Theft Auto: San Andreas has officially been announced to be coming exclusively to the Oculus Quest 2 – the second major game to do so.

At the recent Facebook Connect conference, the company announced many new changes and additions coming to the VR market. Alongside the announcement that the Oculus name will be rebranded under Facebook’s new name (Meta), it was revealed that the Oculus (now Meta) Quest 2 will be receiving a VR port of the highly popular Grand Theft Auto: San Andreas.

Making the announcement, the company said “Today at Connect, we announced that the Rockstar Games classic Grand Theft Auto: San Andreas is in development for Quest 2. Get a new perspective on Los Santos, San Fierro, and Las Venturas as you experience (again or for the first time) one of gaming’s most iconic open worlds. This is a project many years in the making, and we can’t wait to show you more of it.” 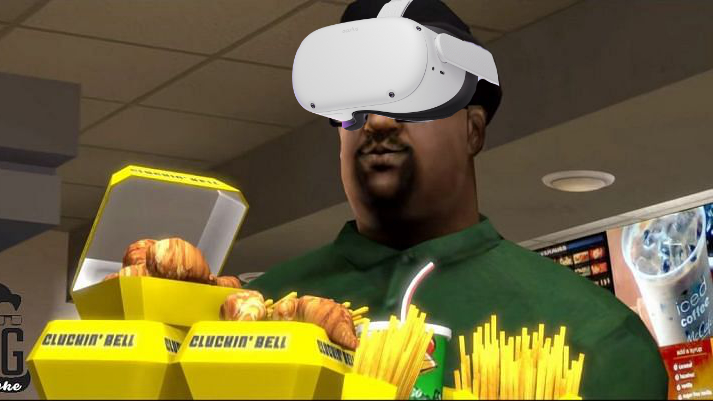 While little is known about the game currently, according to UploadVR, the game will be exclusive to Quest 2, just as Resident Evil 4 VR was. Furthermore, as with that game, GTA: San Andreas will be translated into first-person, offering a whole new look at the city of San Andreas.

With GTA 3, Vice City and San Andreas all receiving remasters, it is interesting to see only San Andreas being brought to VR. That being said, if there were a GTA game to get a VR port, it would understandably be San Andreas.

GTA V offered fans their initial taste of a first-person GTA game. Playing San Andreas in VR is certainly the next step up from that. It will be interesting to see how the game looks, and whether it will benefit from any of the improvements seen in the upcoming remaster.

KitGuru says: What do you think of this announcement? Are you disappointed in its exclusivity? Which GTA game would you want to play in VR? Let us know down below.

Previous The Oculus brand is no more. Say hello to the Meta Quest
Next You will no longer need to sign in to Quest using a Facebook account