Sony’s next big piece of gaming hardware will soon be upon us, with the second generation PlayStation VR headset set to launch on the 22nd of February. Ahead of this, Sony has now officially announced the full launch line-up of titles – including both new and familiar faces.

Making the announcement on the PlayStation Blog, Shawne Benson, the Director and Head of Portfolio for Global Third Party Relations at Sony said “today we’re excited to not only reveal 13 more amazing games to the PS VR2 library, but also confirm titles expected to arrive within one month of the February 22 launch. We are currently tracking more than 30 games for the launch window through March, including titles from popular IP like Horizon Call of the Mountain, No Man’s Sky, and Resident Evil Village.” 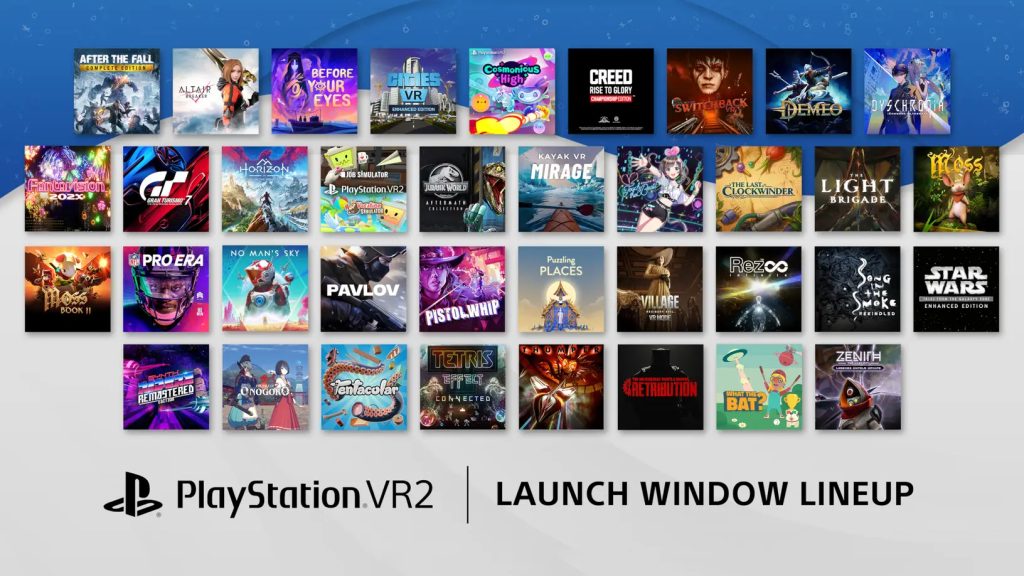 Some of the games included in the line-up were originally 1st-gen PSVR titles, such as Pistol Whip VR as well as the aforementioned No Man’s Sky. In these instances, the games are set to receive free upgrades – while in the case of others (such as Tetris Effect) players will need to pay an upgrade fee to update to the next-gen version. The full list of launch window games can be found HERE.

With PSVR2 just over a month away, it is exciting to finally get a definitive list of the launch titles for the headset. With the likes of Horizon Call of the Mountain; The Dark Pictures: Switchback VR; Gran Turismo 7 VR; Pavlov VR; Rez Infinite and more all set to release at or around launch, early adopters should have plenty to sink their teeth into.

KitGuru says: What do you think of the line-up? Are you interested in PSVR2? What game are you most looking forward to? Let us know down below.