The GTA Trilogy will cost much more than expected

Take Two has been one of the biggest offenders when it comes to increasing prices following the release of the latest generation of consoles. It seems as though this will even apply to older titles, as the remastered GTA Trilogy which was recently announced has now gone up for pre-order for £65.

Though not officially confirmed, the video games retailer Base.com has updated its website with listings for the upcoming ‘Grand Theft Auto: The Trilogy – The Definitive Edition’ – a remaster of GTA III, Vice City and San Andreas. With how old these games are (especially GTA III which came out 20 years ago), it may be surprising to see the remaster going for such a high price.

According to Base.com, the PS5 and Xbox Series version of the game will retail for £65, with the last-gen versions going for £55. 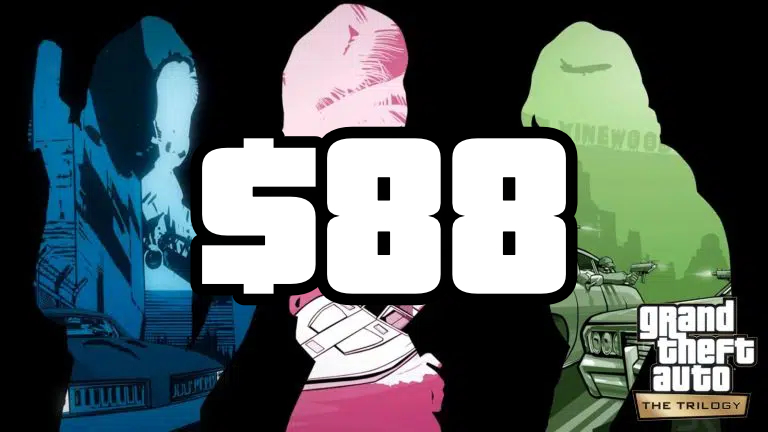 While undoubtedly an egregious price, what makes this even worse is the fact that Take-Two will be removing the previous releases of these games from digital stores – meaning that from now on the only way to play these games will be to drop a whopping £65 (the equivalent of $88 USD) on this remastered collection.

While Sony have received some pushback for charging close to £70 for brand new PS5 games, at least they are actually new games. Unless this GTA Trilogy proves to be much closer to a full-blown remake, it will be hard to justify such high costs for games which are now so old.

KitGuru says: What do you think of the price? Is it too much? How much would you be willing to pay for this collection? Let us know down below.