It is increasingly becoming clear that Xbox Game Pass is core to Microsoft’s strategy for the next generation of Xbox gaming. Alongside the recent announcement that Bethesda is joining Xbox Games Studios, the console manufacturer revealed that its Game Pass subscription service has reached 15 million subscribers – an increase of 50% in less than 6 months.

As part of the announcement that Microsoft has acquired ZeniMax Media, and by proxy, Bethesda, the console manufacturer stated that “Games are the primary growth engine in gaming, and games are fueling new cloud-gaming services like Xbox Game Pass, which has reached a new milestone of over 15 million subscribers.”

This represents a 50% increase in subscribers in less than 6 months, with the previous milestone of 10 million being announced back in April. While there is no denying that Game Pass represents great value for players, its relatively low cost of £7.99/£10.99 a month (for Standard and Ultimate Game Pass respectively) does beg the question as to how Microsoft plans to sustain the service – especially with all first-party games launching day-and-date on the service. 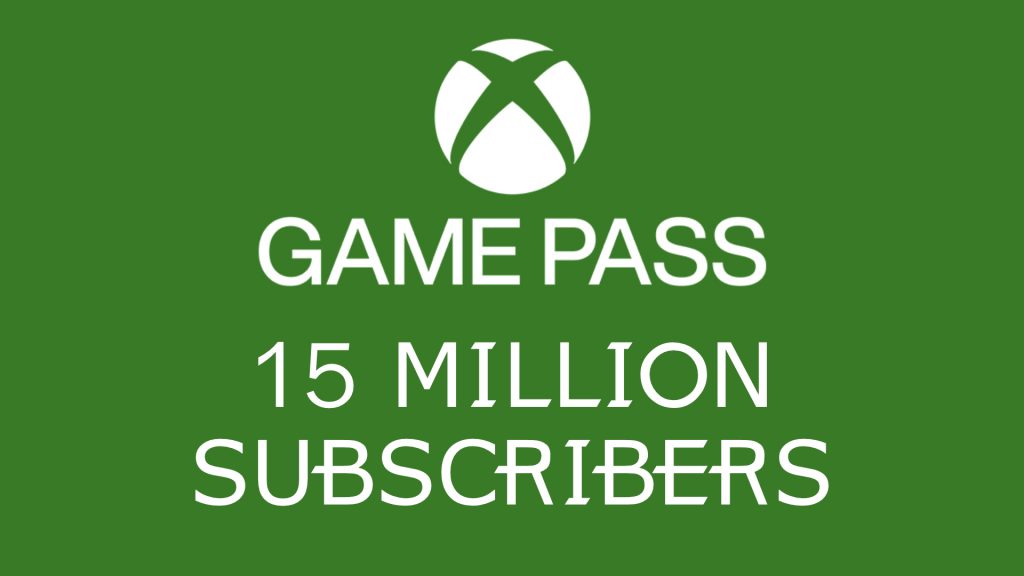 It appears as though the solution is scalability – and it seems to already be working. In a best-case-scenario, assuming all 15 million subscribers purchase Game Pass Ultimate, the service would bring in over £2.1 billion a year. Of course, with Game Pass currently growing at a rapid rate, it is likely to see even higher revenue as time goes on and more people subscribe to the service.

With there currently being over 90 million active Xbox Live users, and Microsoft expanding the service to mobile and other devices, it’ll be interesting to see just how many Game Pass users there will be this time next year.

KitGuru says: Are you subscribed to Game Pass? What do you think of the service? How many subscribers do you think it’ll hit? Let us know down below.