Back in May 2017, Microsoft announced that it would be launching another edition of Windows 10, known as ‘Windows 10 S'. This particular version was intended for cheaper laptops and ultrabooks, with a focus on getting a ‘safe' version of Windows 10 into schools and into the hands of students. A few weeks ago we heard that Microsoft may be dropping Windows 10 S less than one year after its launch and today, we got confirmation. At some point this year, Microsoft will stop selling Windows 10 S as a standalone OS and will instead turn it into an optional mode for Windows 10.

Confirmation came via Microsoft's Windows executive, Joe Belfiore, who wrote the following on Twitter: “We use Win10S as an option for schools or businesses that want the ‘low-hassle'/guaranteed performance version. Next year 10S will be a ‘mode' of existing versions, not a distinct version.” 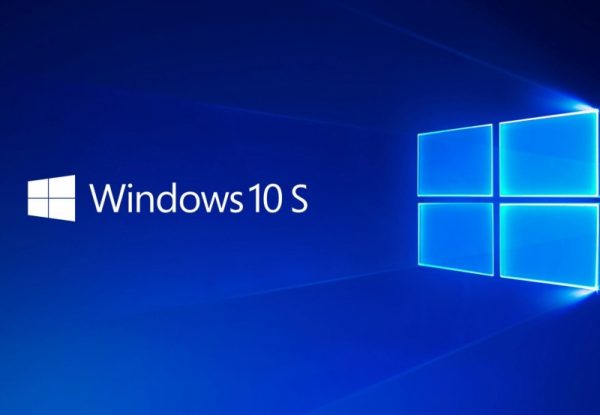 This was then followed up with a blog post on the Windows website. Microsoft says that since launching Windows 10 S in May 2017, the company has “received great feedback”, and admitted that it realises that the naming system was confusing for customers and partners.

Based on that feedback, Microsoft is simplifying Windows 10 S, turning it into a mode that you can toggle on or off within Windows 10 Home, Pro or Enterprise. Partners will be able to sell systems with S Mode toggled on by default. At first, it was thought that consumers would need to pay an upgrade fee to switch this off after buying a pre-built PC or laptop, but Microsoft has confirmed that this is not the case. Users will be able to switch S-mode on or off at no charge, regardless of which version of Windows 10 they are using.

S-Mode will be introduced as part of the next major Windows 10 update, which currently does not have a set release date.

KitGuru Says: Having Windows 10 S as its own standalone operating system did seem a tad confusing. Changing it to a mode that can be toggled at user discretion seems like a much better way to go. Do you guys think Microsoft is making the right decision here?