Those dastardly folks of Anonymous undoubtedly have more history surrounding their hacking antics than we will probably ever know. It has only just come to light for Symantec that hackers related to the team stole source code from the 2006 versions of Symantec’s Norton products, including Antivirus Corporate Edition, Internet Security and SystemWorks.

What’s more alarming is that the theft was said to have occured in 2006. It wasn’t until the hackers mentioned having it this month in which they also expressed intent to release it publicly that Symantec went into red alert mode. As a result the company has quickly sent out a strong alert for all users of PCAnywhere in particular (including versions 12.0, 12.1 and 12.5), stating that there is a problem that might lead to remote code execution.

Needless to say, if you are using PCAnywhere you should jump on this hotfix ASAP.

More info specific to Anonymous’ involvement can be read over at this page on Symantec’s website.

Kitguru says: And I’m sure this is only child’s play compared to what these guys still have on the cards. 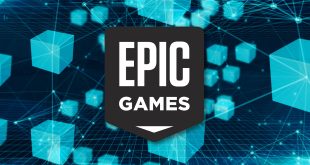