One of the best and worst aspects of the Oculus Rift and virtual reality as a whole at the moment, is that it is quite hit and miss. It’s in a very experimental stage of its life, with lots of developers, many of them first timers, all looking to get in on the VR action. That’s all well and good, but it means that for every hit, there’s a good number of misses. Combine that with the fact that there aren’t really that many fully featured games or experiences yet and you can spend a lot of time with your Rift wondering just why the hell you got so excited during the many months you waited after pre-ordering.

Now that’s not to say that virtual reality isn’t absolutely, god damn amazing in every way you can imagine. It is, and it’s that much better now we can experience it on a DK2, with a higher res screen, less nausea and positional tracking.

It’s especially fun to show to people who haven’t tried it before and may not even be aware of VR. Which is why for the past few weeks, I’ve been feverishly playing through every demo and experience I can find, so that I can show off the current state of VR to friends and family. But it seems selfish to horde the information on what works, what’s good and what’s great, so I thought I’d give this version’s rundown (here’s my favourite DK1 demos) of what’s gotten me excited about VR as of late. 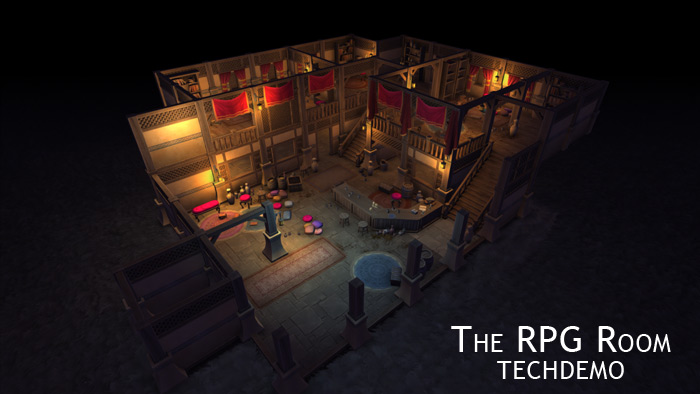 This is an entirely static demo, but gives me great hope for third person RPG games in the future. It’s a small scene, featuring a detailed room with two levels and soft lighting and while it’s not the kind of demo to give you much prescence, you get a great vantage point to see any action that could take place there. You could easily imagine your character(s) walking around the room while you watch from an isometric perspective.

It’s also a great way to test out the DK2’s positional tracking feature, as you can lean down from above and look over some of the details of the room. 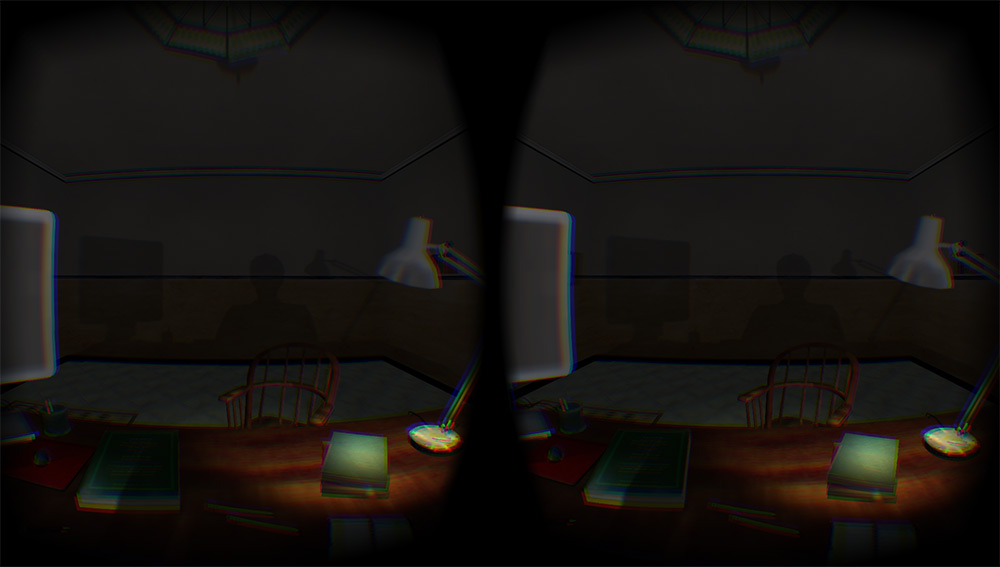 This was an interesting demo that I had to do some digging to actually find. It features a woman entering a room and whispering in your ear. It’s pretty dull visually and the texturing and modelling are all at a much lower level than most of the demos and experiences I’ll be talking about here, but it does two things fantastically well.

Firstly, the sound is phenomenally well done. It was recorded using a binaural microphone, so stereo panning is spot on. When that knock on the door comes it really makes you want to get up and open it and the woman’s voice feels very intimate and close by. You can almost feel her breath on your ear.

Another aspect of this demo which I loved – which I don’t even think was a major feature – was the use of your shadow on the wall First person games are the most realistic feeling demos in general for VR, but you never get to see yourself move in time with the real you. By showing your shadow on the wall, you actually see your head move in-game along with your real head. It makes a huge difference to feeling like you’re really there and despite the somewhat lacklustre visuals, this demo had a lot of presence.

Download the demo and a number of others fromo the developer’s site, here. 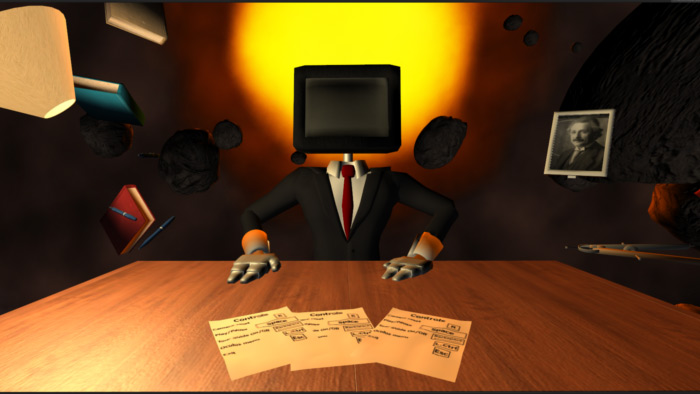 From Ashes is a static demo in which you can’t move around, but are instead sat behind a desk for its entirety. It takes you through time from the big bang, right through to the modern age, discussing space, chemistry, biology and more throughout its journey.

While I had a little trouble getting my positioning right (you tend to be forced far too close to the desktop for a natural height) this was the first demo that really made me see the power of positional tracking. Being able to lean around the desk to look at objects more closely, or to see them from a different angle was very exciting. 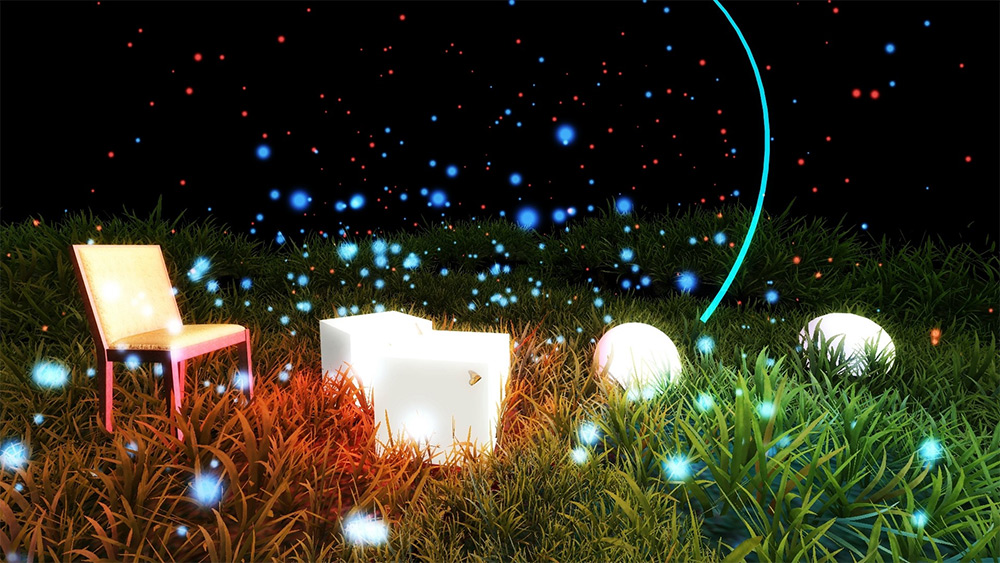 This is a really interesting demonstration that plays with some of the potential of the Oculus Rift in ways others don’t. In a similar fashion to the original Sightline, what you’re not looking at changes, often dramatically. However in this one, like From Ashes, you can’t move from your chair, which in many ways aids immersion.

Throughout the demo you’ll see the room around your shrink and expand, magic blobs you can control with your viewpoint and space rocks you can explode with your mind. You might get a little jumpy towards the end, as the demo plays with your perceptions of personal space and danger, without ever really trying to spook you. It’s very well done and is easily one of the more polished experiences available on the DK2 right now. 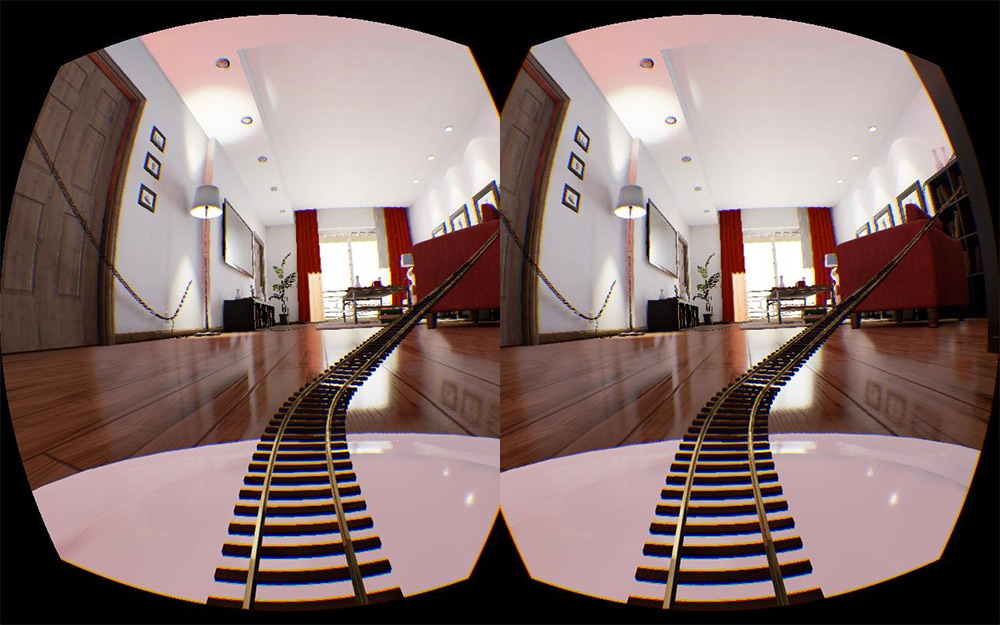 The original DK1 had a number of different rollercoasters made for it and with good reason. While the Rift at that point was pretty low resolution, the speed you were travelling often made up for that and it gave you a great little drop in your stomach when you went over a precipice, showing the effectiveness of the VR medium.

That’s the case with the DK2 as well, although there aren’t quite as many. The most impressive, in my opinion, is the beautifully created UE4 rollercoaster, which has you riding around a lovingly crafted living room as a Borrower-sized individual.

The physics are spot on for the most part and you get a great sense of speed, with a couple of nice drops to make your stomach flip flop. 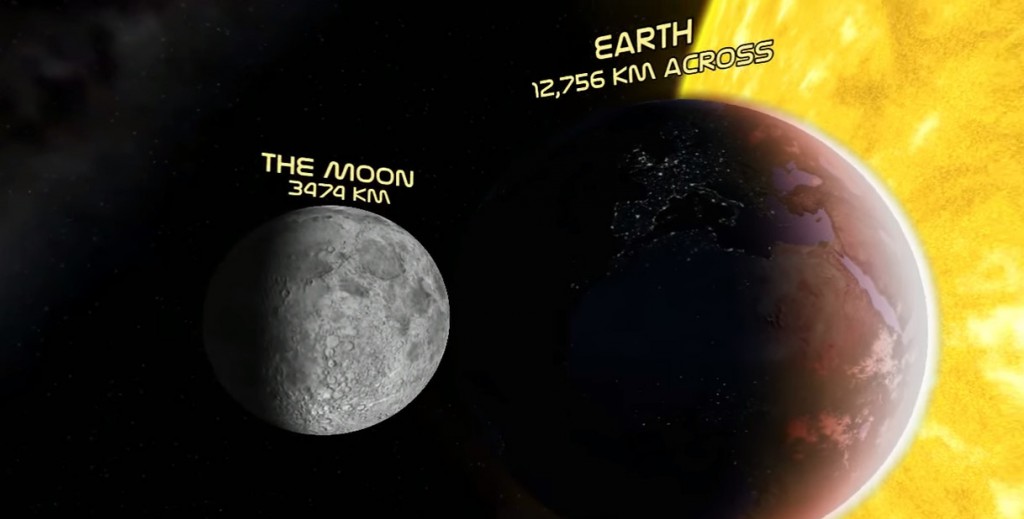 There’s a reason Gravity blew away audiences this year. It’s not because it had a sterling performance from ol’ frozen face Bullock and not even necessarily because the CGI was great (it was), but because space is undeniably beautiful and awe inspiring. Titans of Space gives you a great look at not only each of the planets in our solar system, their moons and facts about each of them, but the scale of it all.

If you want a jaw dropping experience in the Rift, take a good look at Titan’s of Space. Transitioning from the 10 metre scale Earth, to the hundreds of metres in diameter Sun, is utterly mesmerising.

Combined with a soundtrack that fits with the Comos’ like feel of the demonstration, this is one of the very best experiences available for the Rift (DK1 or 2) right now. 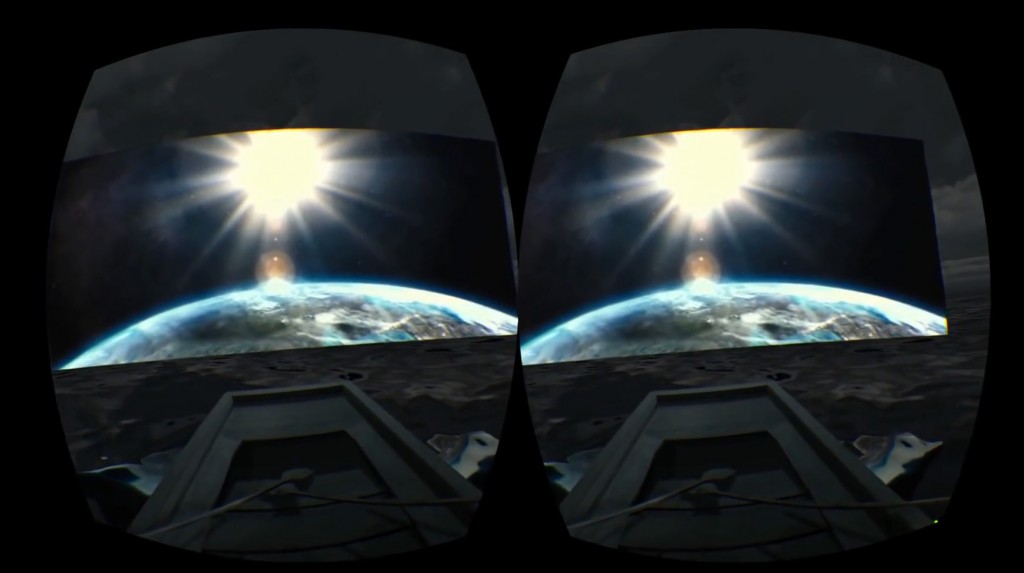 You might not think going to the Cinema is a particularly exciting experience you can have in the Rift, but I think it has a lot more potential for a popular application than a lot of other developments. There’s a lot of different ones out there, but I tried one of the few that actually costs money to use.

Cineveo, at $10 is the most expensive Rift cinema experience available at the moment and it does come across as very polished. The menus are easy to navigate and apart from a couple of hiccups, it works very well. There’s multiple different cinema screens for you to use, putting you in space, under the sea or in a traditional setting but with added “4D” extras to make the experience more exciting.

With a Rift cinema you always have the best seat and can pause the film whenever you want. It’s like going to a real cinema, only better. I might have a 40″ TV in the living rooom, but the one in Cineveo is hundreds. 3D movies work particularly well too and don’t require an expensive TV.

NB. The Cineveo developer has been rumoured to have downvoted a lot of comparable Rift cinema experiences and left faux reviews for his own software. I can’t confirm this, but it’s worth bearing in mind if you consider buying it.

Other available cinema experiences include: VR Cinema and Rift Max.

You can buy this VR cinema application from the develooper’s site, here.