Razer has announced it will be releasing the Viper Ultimate mouse. The Razer Viper Ultimate will be aimed at esports and is claimed to be Razers fastest wireless gaming mouse with its intelligent Focus+ sensor.

The Razer Viper Ultimate will support Razer HyperSpeed wireless technology and include an intelligent Focus+ optical sensor. The Viper Ultimate is Razers fastest wireless gaming mouse designed for esports and sets new standards for both accuracy and speed, according to Razer.

“The Razer Viper Ultimate is the answer to competitive players who want to go wireless”, said Alvin Cheung, Senior Vice President of Razer’s Peripherals Business Unit. “We pushed the boundaries of wireless, integrated Razer Optical Switches and added an intelligent sensor – all in a highly durable, lightweight design, tested and validated by professional esports athletes.”

Razer claims the Viper Ultimate meets the demands of competitive gamers with its fastest, most stable wireless technology – Razer HyperSpeed, which is tested and confirmed by the TUV SUD PSB certification institute. Razer HyperSpeed is claimed to be 25% faster than other leading wireless gaming mice while providing 25% more battery life, for up to 70 hours of gameplay from a single charge. 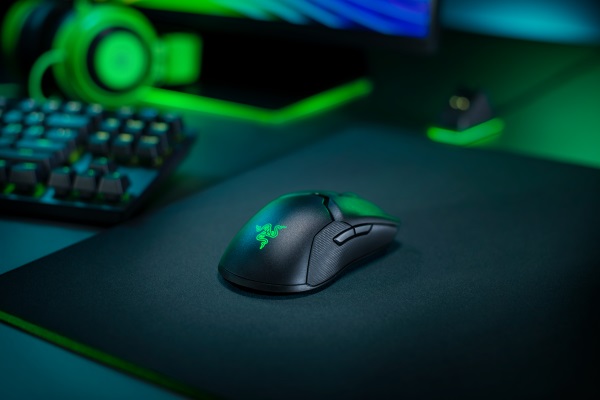 With its Razer Focus+ Optical Sensor, the Viper Ultimate has introduced new intelligent functions in the mouse, including Smart tracking, Asymmetric Lift-Off and Motion Sync. The Razer Viper Ultimate sports 99.6% resolution accuracy from a 20,000 DPI sensitivity and a tracking speed of 650 Inches per Second.