Google Android is slowly, but surely, becoming the most popular operating system for media tablets thanks to support from various hardware makers. But in addition to Apple’s iOS and Microsoft Windows, Android may face competition from an unexpected rival – Mozilla’s Firefox OS – now that it is promoted by three companies.

Foxconn Electronics (also known as Hon Hai Precision Industry), the world’s largest contract maker of consumer electronics and personal computers, recently joined forces with Mozilla and Via Technologies, a developer of application processors, to design media tablets based on Mozilla Firefox operating system, reports DigiTimes web-site. The plan is to create competitive hardware as well as software development guidelines for third-party app developers in a bid to make Firefox a more competitive platform for slates.

In case Via Technologies designs cost-efficient, yet competitive computing platforms; Foxconn builds high-quality and inexpensive tablets; whereas Mozilla manages to ensure broad availability of software for Firefox OS, then the latter could easily become a highly-competitive operating system for slates, especially in developing countries. 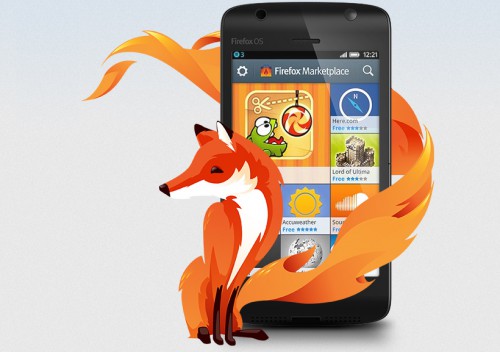 A smartphone based on Mozilla Firefox OS platform

Firefox OS is based on HTML5 technology and can support a wide-range of cross-platform applications. Since HTML5 is based on open standards, apps developed for one type of devices can work on other hardware as well provided that they do not use certain proprietary features. Back in December Samsung Electronics called Mozilla to unify software development tools for Firefox OS and Tizen operating systems (which is jointly developed by Intel and Samsung) to ensure broader availability of HTML5 apps.

In an attempt to diversify its revenue sources and lower its reliance on Apple, Foxconn has been working with Mozilla over promotion of Firefox operating system for smartphones for about a year now. Certain carriers around the world have started to sell handsets featuring the software. It looks like now the companies plan to expand the relationship and introduce Firefox-based media tablets as well.

KitGuru Says: A new platform for various devices will undoubtedly catalyze innovation on the market both in terms of software and hardware. A bigger question is how successful Firefox operating system may become on well-developed markets where Apple’s iOS and Google Android are very popular?