Intel Corp. plans to demonstrate all-new wearable computing devices it designed in-house at the forthcoming Consumer Electronics Show that begins next-week. The chip giant will also introduce a new version of Quark chip aimed at various types of electronics that need to be small and have very low power consumption.

Intel did not enter the rapidly evolving market of application processors for smartphones and tablets several years ago when it was much smaller than it is today. As a consequence, the Santa Clara, California-based chip manufacturer is now experiencing slow revenue growth (since a large part of its sales come from stagnating personal computer market), whereas companies like Qualcomm are thriving. But in addition to developing system-on-chips (SoCs) for existing mobile gadgets, Intel is working on processors for what is believed to be the next big thing: wearable computing devices as well as Internet-of-Things kind of products.

In a bid to speed up innovation in new directions, Intel last year formed a new products group that designs hardware and software for wearables and IoT devices. The first results of the group’s work will be demonstrated at this year’s CES.

“Wearables is wide open. What you will see at CES is that we are actually going to bring some very innovative wearables to the show that are developed and manufactured here,” said Brian Krzanich, chief executive officer of Intel, in an interview with Recode.net. 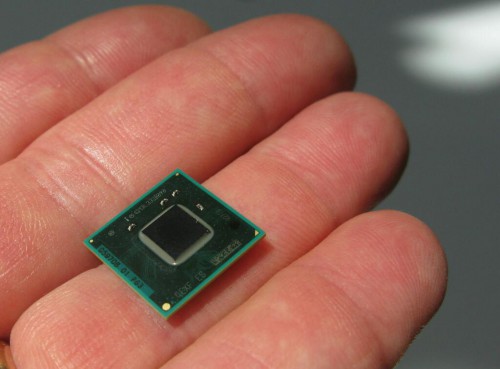 In addition to showing new devices, Intel will also introduce a new version of its Quark processor, a tiny system-on-chip developed specifically for intelligent electronics that may not need high computing horsepower, but which benefits from ultra-low power consumption and a small form factor. The currently-available Quark X1000 is a 32-bit, single core, single-thread, Pentium instruction set architecture (ISA)-compatible microprocessor with 16KB L1 cache, 512KB L2 cache, operating at speeds up to 400MHz. The SoC supports industry-standard input/output interfaces, such as PCI Express, 10/100Mb Ethernet, USB 2.0 and so on. Details about the new Quark will be unveiled next week.

Intel believes that Quark can be used for a broad range of intelligent electronics devices. In fact, at present the SoCs are used inside heating and air conditioning systems, but last year Intel demonstrated a smart-watch with a Quark inside.

“Our view is that Quark can make almost everything smart. We’ll show you some things that you would never have thought could become smart and communicate,” said Mr. Krzanich. 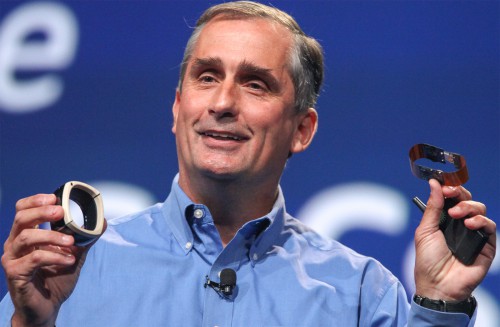 While Intel will demonstrate wearable computing devices that it designed itself at the forthcoming CES trade-show, it should be kept in mind that the chip developer does not sell such devices. As a result, it could take months or quarters before Intel’s partners start to manufacture and sell similar products to end-users.

KitGuru Says: Timing is crucial for Intel and its wearable plans. Samsung, Sony and Qualcomm have already launched their smart-watches. Not that they are truly successful, but they appear to be actual products, not just reference designs that Intel plans to show at a trade show.

Previous be quiet! competition comes to a close, did you win?
Next Fox TV sued Simpsons linker for $10 million