AdDuplex founder Alan Mendelevich recently revealed that the first Windows Phone 8.1-based handset from LG is called LG D635 and it has a 5” display with 1280*720 resolution, reports NextPowerUp. No other details are known, but the resolution points to the fact that the smartphone is designed for the mainstream market. 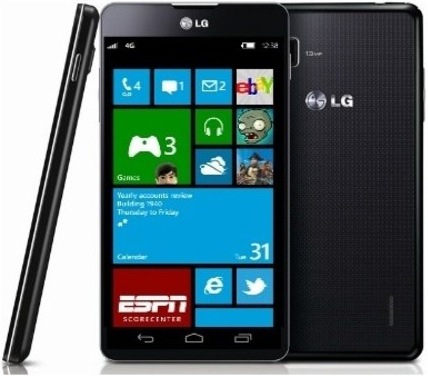 While the handset will hardly be very special, for Microsoft it may still mean additional sales of Windows Phone. In Q2 2014 LG sold 14.5 million smartphones, a 20 per cent increase year-over-year with LTE products accounting for more than one-third of all LG smartphones sold this year. By contrast, sales of Lumia smartphones totaled around eight million in the second quarter. Even moderately successful handset from LG could increase market share of the Windows Phone platform.

Microsoft and LG did not comment on the news-story.

KitGuru Says: While even one new smartphone model is good for Microsoft, it should be noted that when a company launches one model based on an operating system, it usually just tests the demand. If it is high enough, one model eventually transforms into a line-up of devices, but if it is low, the model gets discontinued.

Previous John Romero: I cannot see how VR is going to be popular
Next ESPN’s DotA 2 viewer numbers were strong