Home / PC / Gaming PC / John Romero: I cannot see how VR is going to be popular

John Romero: I cannot see how VR is going to be popular

Many game developers, including John Carmack, believe that virtual reality is the next big thing for gaming since it will radically change the way people play. But John Romero, who co-developed multiple legendary titles, does not believe that VR gaming will become popular. Mr. Romero thinks that controlling VR games is just too complicated for mass gamers, which means that VR will remain a technology mostly for hardcore gamers.

“I just do not see a real good future for the way VR is right now,” said Mr. Romero in an interview with Games Industry. “It encloses you and keeps you in one spot – even the Kinect and Move are devices I would not play because they just tire you out. Really the best optimal design for games is minimal input for maximum output – that’s the way that games work best. […] Everyone always goes for the path of least resistance and that kind of input is it. Until it can fix the path of least resistance, I can’t see how VR is going to be something that’s popular.” 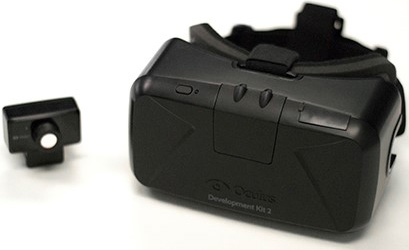 Another problem with the VR is installed base of virtual reality headsets. Since they need to be acquired separately, far not all gamers will have it, making the technology less appealing to game developers. As a consequence, VR gaming will be a niche technology not meant for everyone.

“Ultimately, VR could serve a cool niche for some of the hardcore gamers with good PC rigs,” said John Romero. “The fact that it encloses you or makes you do something different than what you’re used to naturally doing also makes it a hard thing to adopt. Even though I’m excited about VR and how cool games look, I can’t see it becoming the way people always play games.”

Thanks to the fact that virtual reality gaming is now supported by Facebook and Sony, it is likely that VR is here to stay. However, it is unclear how widespread it will get…

KitGuru Says: The adoption of VR hardware by the market will depend on the quality of titles designed for things like Oculus Rift or project Morpheus. So far no game developer has even demonstrated a title specifically designed with VR in mind.