For many years MediaTek has been a supplier of affordable system-on-chip (SoC) solutions for smartphones and inexpensive tablets. However, starting this year the company will start to offer higher-performance application processors aimed at mainstream devices. But MediaTek does not want to stop there. A leaked roadmap shows that next year the Hsinchu, Taiwan-based designer of chips will target the market of high-end smartphones.

A Chinese blogger has published a new roadmap of MediaTek (which was republished by Chinese VR-Zone) that adds a premium system-on-chip for smartphones due in late-Q4 2014 or early Q1 2015 into the plan. The MediaTek MT6795 SoC is a 64-bit successor of the Cortex A17-based MT6595, which is available now. The MT6795 application processor is positioned higher than the eight-core MT6752 and will likely rival not only Qualcomm Snapdragon 610, but even the top-of-the-range Qualcomm Snapdragon 810. 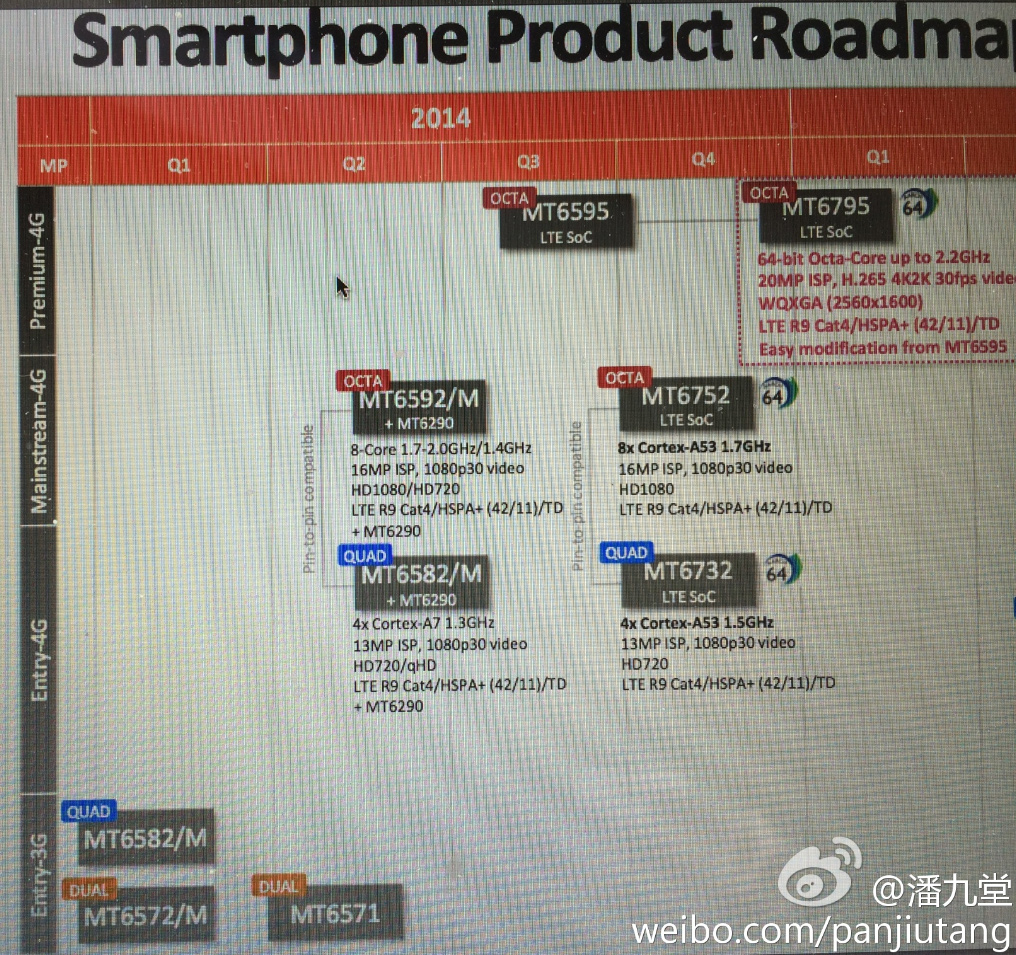 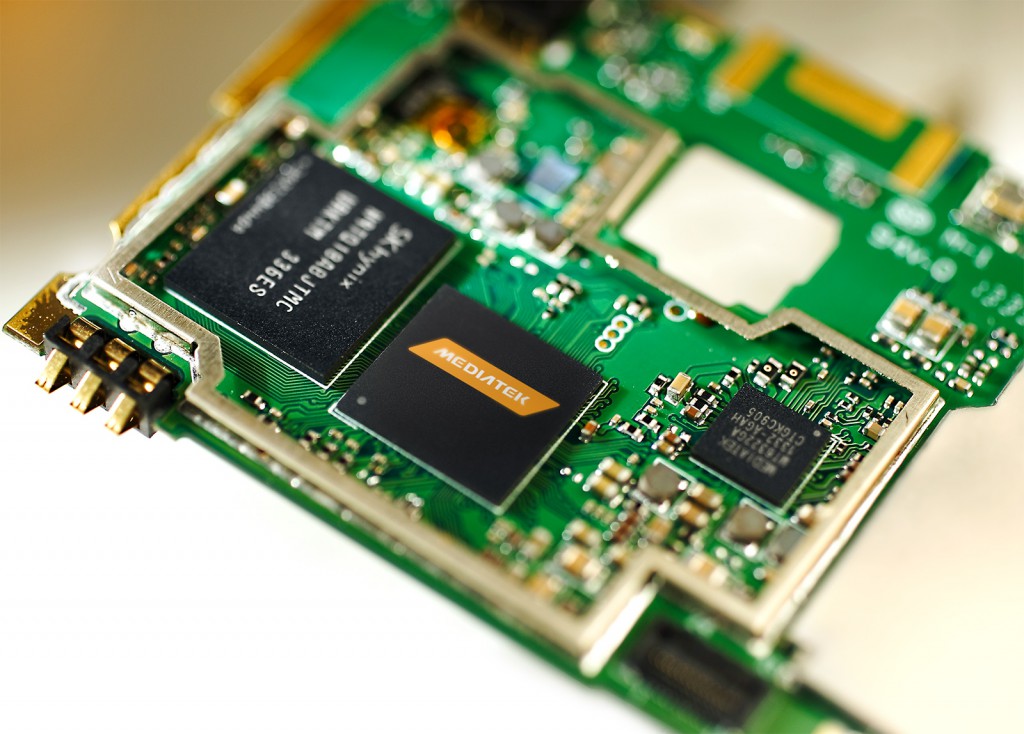 MediaTek’s application processors usually target smartphones from various Chinese manufacturers, such as Huawei or ZTE. Since many of such companies are currently targeting the high-end market, it is logical for the semiconductor designer to offer advanced SoCs to them.

KitGuru Says: It looks like MediaTek now not only rivals Qualcomm on the market of mainstream SoCs, but it is gearing up to fight for the market of lucrative high-end system-on-chips for premium devices. Since MediaTek will unlikely be able to offer a considerably better solution than the Snapdragon 810, it will use its main trump: lower price. Eventually such approach will help to drive down manufacturing costs and prices of high-end smartphones.

Previous Intel ‘Broadwell’ chips will be available for two weeks in 2014
Next Google: Wearable computing devices should blend with people