Samsung counter-attacks Nvidia with a lawsuit

Samsung Electronics this week filed a lawsuit against Nvidia and accused the company of infringing its intellectual property. It is believed that the company responded to Nvidia’s accusations of patent infringements that the company published in early September.

Samsung accused Nvidia of infringing its semiconductor-related patents. According to a report by Reuters news-agency, one of the world’s largest makers of semiconductors is seeking damages for “deliberate infringement” of several technical patents, including “a few that govern the way chips buffer and use data.” Samsung’s allegations can damage not only Nvidia’s Tegra business, but also its core graphics processing businesses, which include GeForce, Quadro and Tesla product lines.

In addition, the world’s largest maker of smartphone accuses Nvidia of false advertising for claiming that its Shield game tablet is powered by the world’s highest-performing mobile application processor, Tegra K1. According to Samsung, which cites researchers from Primate Labs, Nvidia’s Tegra K1 is not the world’s fastest system-on-chip for tablets. 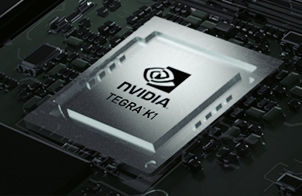 Back in September Nvidia accused Samsung of infringing its graphics-related patents. Samsung, which does not use Nvidia Tegra application processors, develops its own system-on-chips for mobile devices using graphics technologies from ARM and Imagination Technologies. In addition, the company uses application processors from Qualcomm inside select smartphones. Nvidia believes that Samsung’s and Qualcomm’s SoCs infringe its patents.

“We'll review and respond to these new claims against us, and look forward to presenting our case on how Nvidia GPU patents are being used without a license,” Nvidia said in a statement on Tuesday.

KitGuru Says: Samsung naturally does not want to pay Nvidia for graphics technologies it licenses from third parties. It will be interesting to see how Qualcomm reacts to Nvidia’s charges. Given the fact that Qualcomm got its graphics processing technologies from Advanced Micro Devices many years ago, it will be interesting to see how it plans to defend itself. Once those technologies changed hands, Qualcomm became a designer of GPUs and had to sign its own cross-licensing agreement with Nvidia, which is something it has not done.