Apple admits: demand for iPhone 5c was below expectations

Apple’s iPhone 5c has been criticized by various market observers for its high price and lack of breakthrough features since its launch. Without any surprises, the demand for the smartphone was much lower compared to the demand for higher-end iPhone 5s that costs only $100 more in the U.S. During the most recent conference call with financial analysts, Apple admitted that the iPhone 5c was not as successful as it had expected.

During the first quarter of Apple’s fiscal 2014 (which ended on the 28th of December, 2013), the company sold 51 million iPhones, an all-time quarterly record, compared to 47.8 million in the year-ago quarter. While it is evident that the demand for iPhones grew, it grew significantly below the growth of the smartphone market itself, which means Apple’s products cannot address certain parts of the market that are expanding.

For a number of times Apple’s management has said that the company was not interested in addressing rapidly growing segment of affordable smartphones. As a result, instead of developing a low-cost handset, Apple redesigned its original iPhone 5, called it iPhone 5c and slashed its price by $100 in the U.S. and other countries in a bid to actually expand its presence and address certain new customers. Given that the much more innovative iPhone 5s cost just $100 more, Apple’s customers preferred the top-of-the-range products. 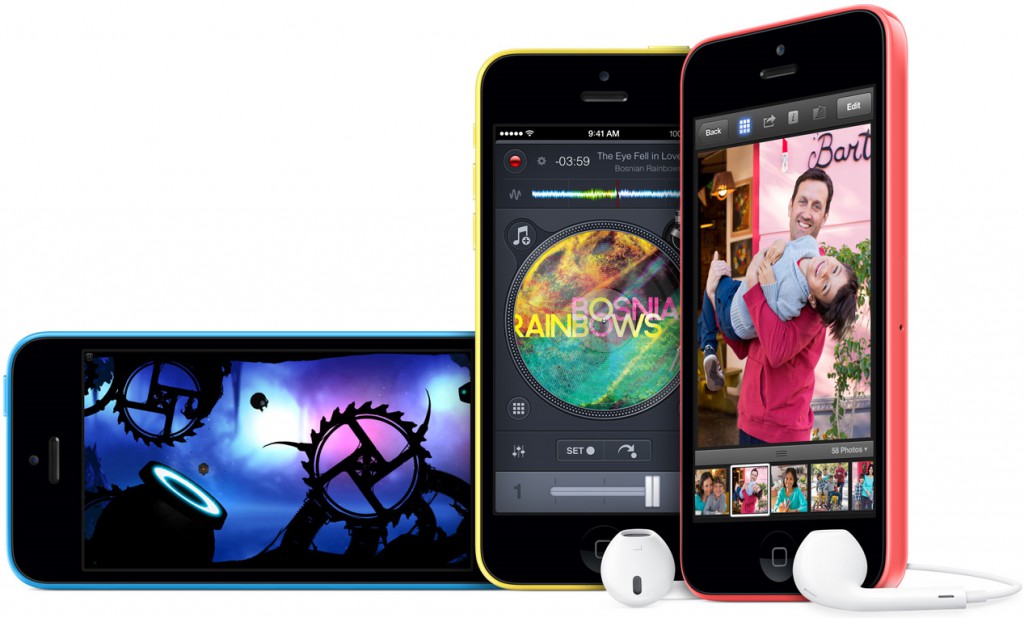 “I think last quarter we did a tremendous job, particularly given the mix was something very different than we thought,” said Tim Cook, chief executive of Apple, during the conference call with investors and analysts. “It was the first time we would ever run that particular play before, and demand percentage turned out to be different than we thought. We obviously always look at our results, and conclude what to change moving forward. And if we decide it’s in our best interest to make a change, then we’ll make one. Obviously I’m not going to predict price changes on the earnings call.”

Perhaps, the main reason for slow sales of the iPhone 5c was not the fact that the handset was essentially the iPhone 5c in plastic case, but the fact that Apple simply did not sell it aggressively enough on emerging markets? A lot of people in China would like to have an iPhone at a lower cost compared to the price of the model 5s.

KitGuru Says: Looks like packing an old smartphone into a plastic case and rebranding it does not really help to sell considerably more handsets… Still, Apple yet has to report how successful the 5c was in China and similar markets.