Apple speeds up iPad mini, makes it thinner and lighter

Apple on Wednesday introduced its fourth-generation iPad mini tablet. The new slate is thinner and lighter than all of its predecessors, yet it offers considerably higher performance and image quality than previous models thanks to a new system-on-chip as well as display technology. 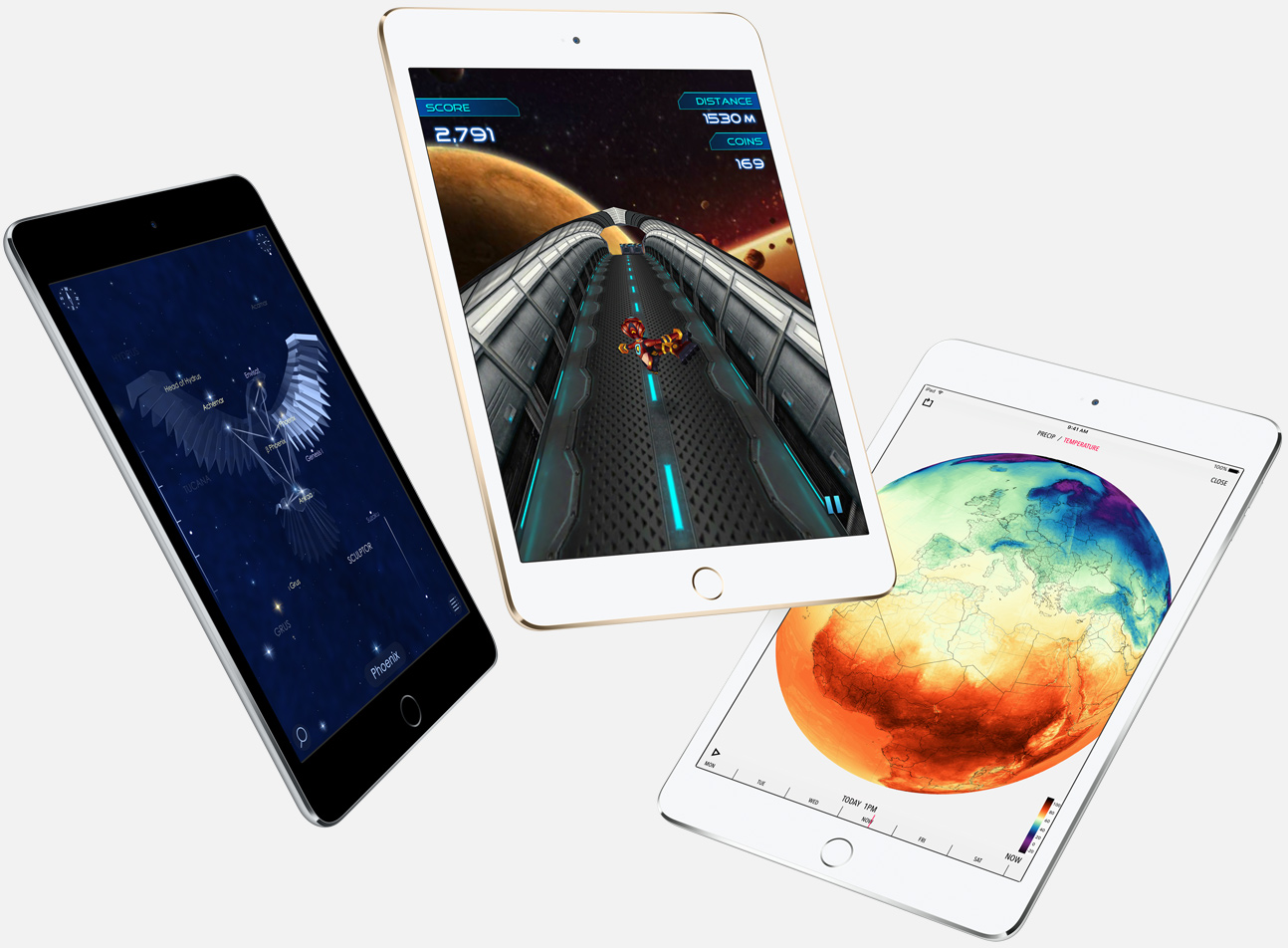 In addition to the new system-on-chip, the latest iPad mini 4 also has all-new 7.9” retina-class fully-laminated display with antireflective coating and 2048*1536 resolution, which is considerably thinner than retina display used on the iPad mini 2 and the iPad mini 3. Thanks to the new screen and revamped internal design, the new iPad mini 4 is just 6.1mm thick (like iPad Air 2) and weighs 299 or 304 grams.

KitGuru Says: The ultra-small tablet from Apple just got even sleeker and more powerful than it was, which is good for those, who planned to purchase one. However, what is a bit surprising is that Apple decided not to update its iPad Air at this time. The iPad Air 2 continues to be more powerful than the iPad mini 4 because it uses more powerful Apple A8X application processor.

Previous Seagate: HAMR technology is not ready, still has reliability issues
Next Pokemon Go: catch ’em all in the real world