Apple’s upcoming smartwatch devices will include the company’s payment system that will allow their owners to pay for goods in certain stores. The technology will significantly expand usage of the iWatch and will greatly improve buying experience.

The Wall Street Journal reports that the addition of NFC tap-to-pay technology will reflects Apple’s ambition to offer yet another universal gadget, not just a companion for smartphones or a health and fitness tracker. According to the WSJ, the iWatch would be offered in two sizes, each featuring a curved organic light-emitting diode screen. 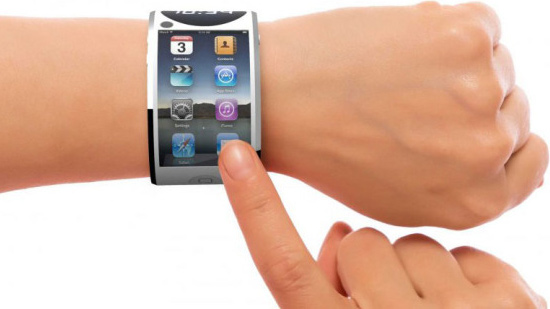 As reported, Apple’s mobile payment technology, which relies on near-field communication (NFC) radio, is backed by American Express, MasterCard and Visa. Such significant backing proves that Apple and its partners around many industries pay a lot of hopes on the technology.

Apple is expected to roll-out its iWatch on the 9th of September, 2014.

KitGuru Says: It will be interesting to see how the technology will actually work. In case of the iPhone (which will feature the NFC wallet as well) all authorizations for payments will rely on fingerprint reader. The iWatch is not expected to feature the company’s Touch ID technology, which is why it is unclear how Apple plans to enable authorization. Typing Apple ID password on a small screen is clearly not a comfortably thing.